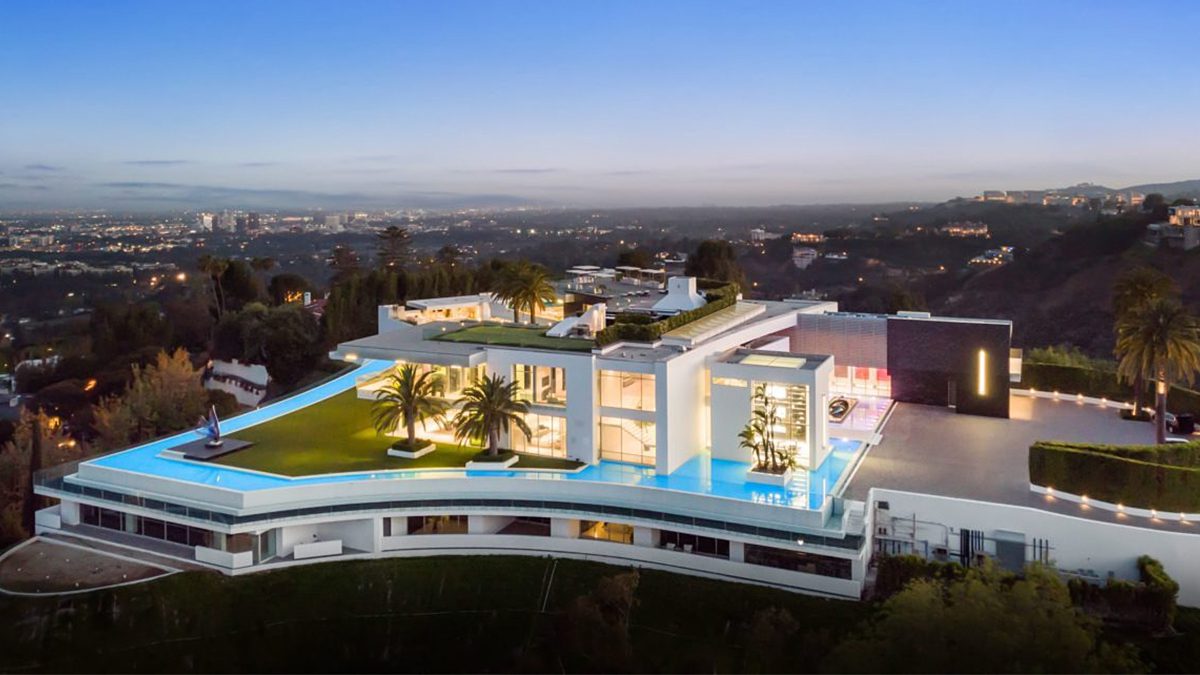 An outsized megamansion in Los Angeles has finally landed on the market. But how much will a buyer be willing to pay for this behemoth?

Known as “The One,” the Bel-Air estate is to be listed for $295 million. As part of the sales process, it will also head to an online auction in February.

In a profound understatement, the listing agent, Aaron Kirman of Aaron Kirman Group at Compass says of the home, “It’s definitely one of a kind.”

Kirman is representing the property along with Branden and Rayni Williams of Williams & Williams at The Beverly Hills Estates.

They’ve partnered with Concierge Auctions to manage the auction. The no-reserve bidding process will take place from Feb. 7 through 10, and allow bidders from around the world a chance to acquire the lavish residence. That is, unless a buyer decides to snap the place up prior to auction.

Homes of this magnitude and scale can take quite a while to match up with the right buyer, but “The One” is on a faster track.

Aside from the price and size, the mansion is a standout in other ways.

According to Rayni Williams, “There’s a reason ‘The One’ is setting a new high watermark for global real estate. [It has] more flat land, coupled with the biggest views—more so than any other property previously for sale in Los Angeles.”

It has also made headlines for the long and winding road it has taken to get to this point in the process.

10 years in the making

The real estate developer Nile Niami bought the coveted parcel of land in 2012 for $28 million. He then commissioned the custom spec home, with a proposed price tag of half a billion dollars. A decade in the making, the structure’s construction process required some 600 workers.

With 105,000 square feet of living space, the massive residence has long been promoted as the largest in L.A.

If it manages to come close to the asking price, it will set a sales record for the area.

Given the scope of the project, Kirman notes, “It’s the kind of house that could never be built again.”

The neighbors have made sure of that, raising a ruckus to stop the construction of oversize homes in the area. The road to building the extravagant showpiece has hit other potholes along the way.

For starters, Niami no longer owns the place.

Although he spent years putting his “time, energy, and money into developing the site,” Kirman notes, he ran into money problems.

He is reported to have defaulted on upward of $165 million of loans and debt. As a result, the home is now held by a third party, in receivership.

In the past, the property had been promoted as a $500 million spectacle and marketed extensively, with video tours of the generous grounds.

However, the property never truly made it to market and is still not yet livable. As of now, it has no official certificate of occupancy, the final document in the permit process. That means it will need to be inspected for safety and code compliance before it can be inhabited by its new owner.

Needless to say, the sheer square footage—almost twice the size of the White House—is a lot of interior space to decorate. But the price tag delivers the place completely furnished, with ultraluxe amenities, such as a curated art collection, a 64-foot indoor pool, as well as outdoor pools, a tennis court, bowling alley, and even a nightclub.

“The One” in Bel-Air (Marc Angeles) 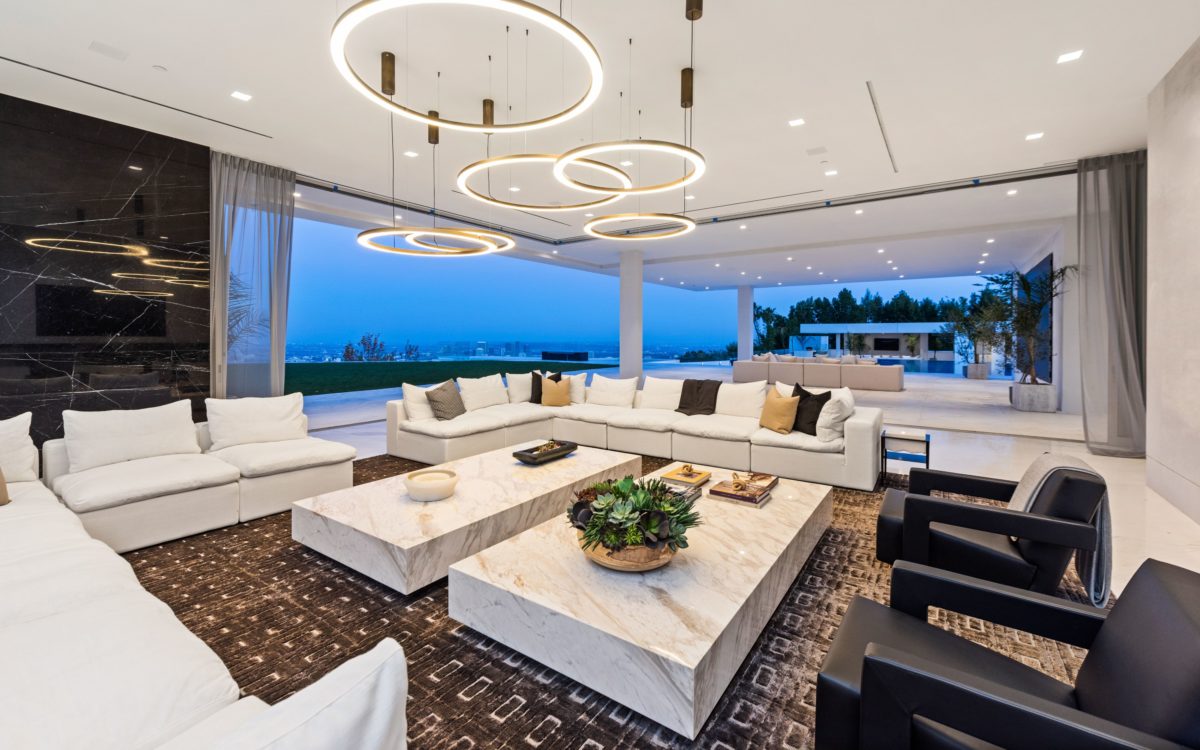 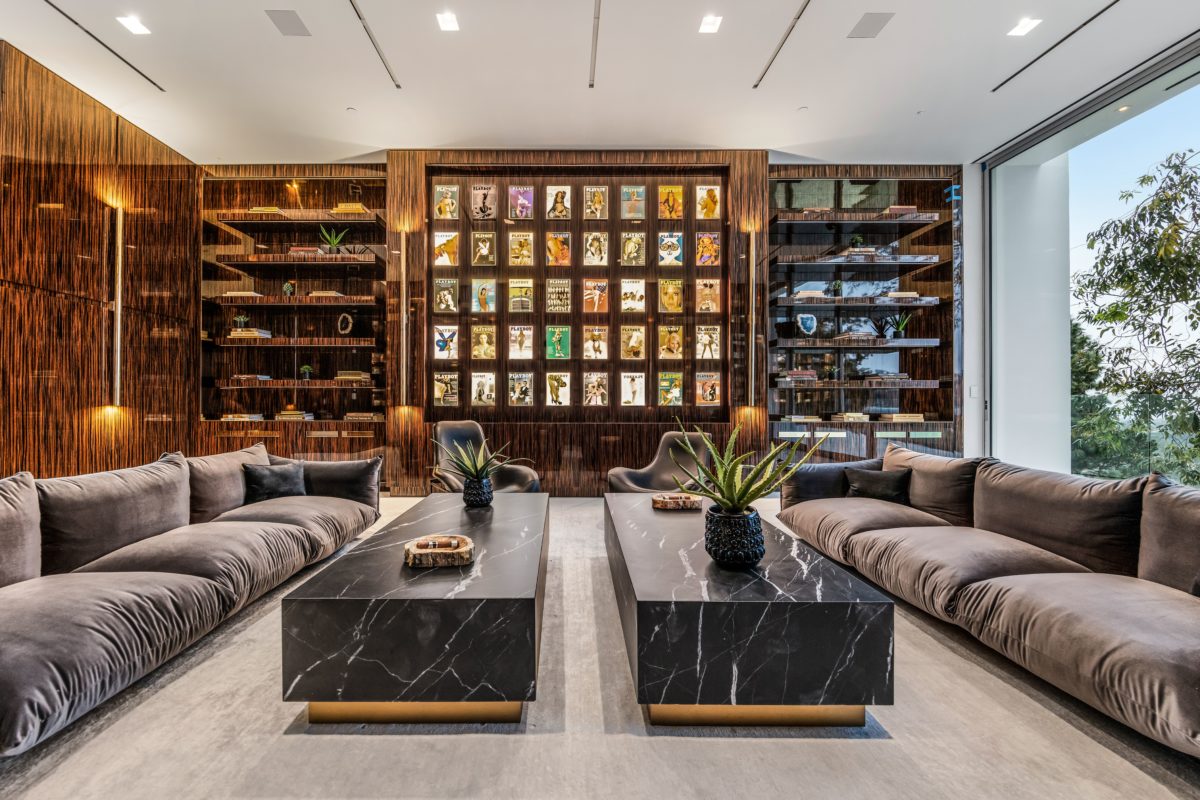 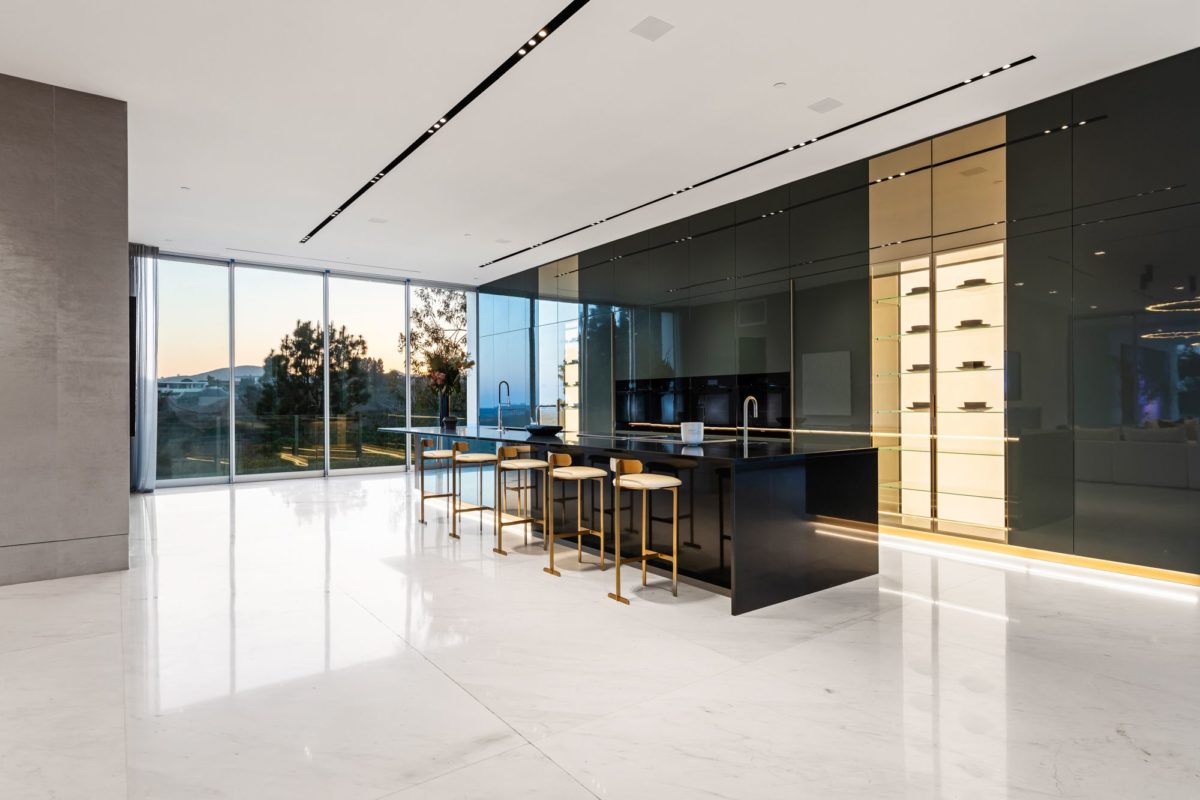 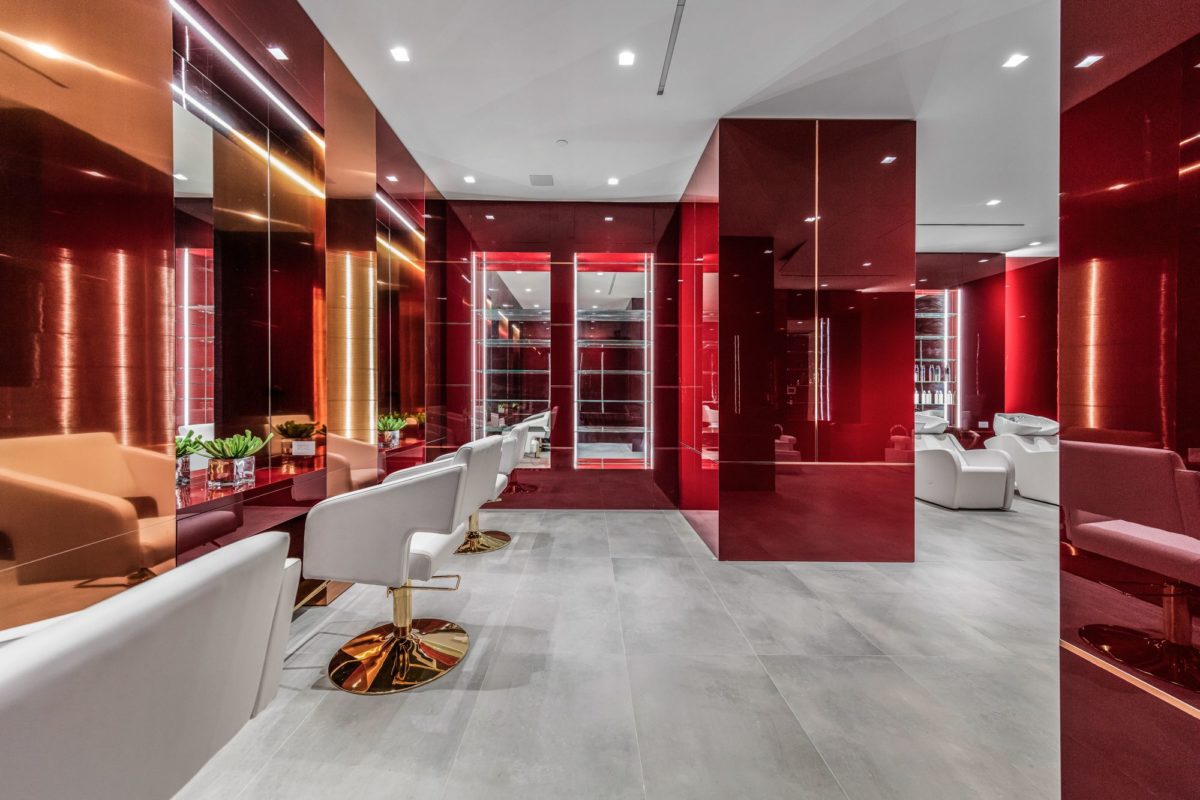 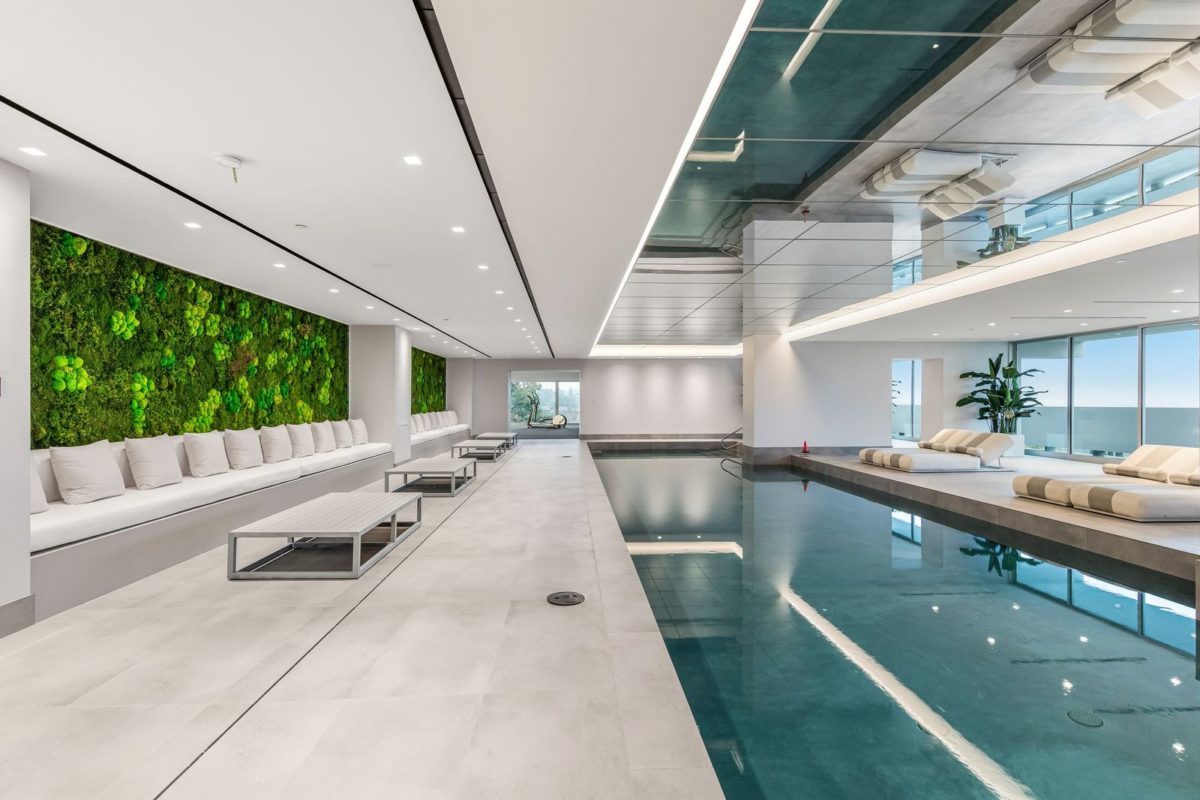 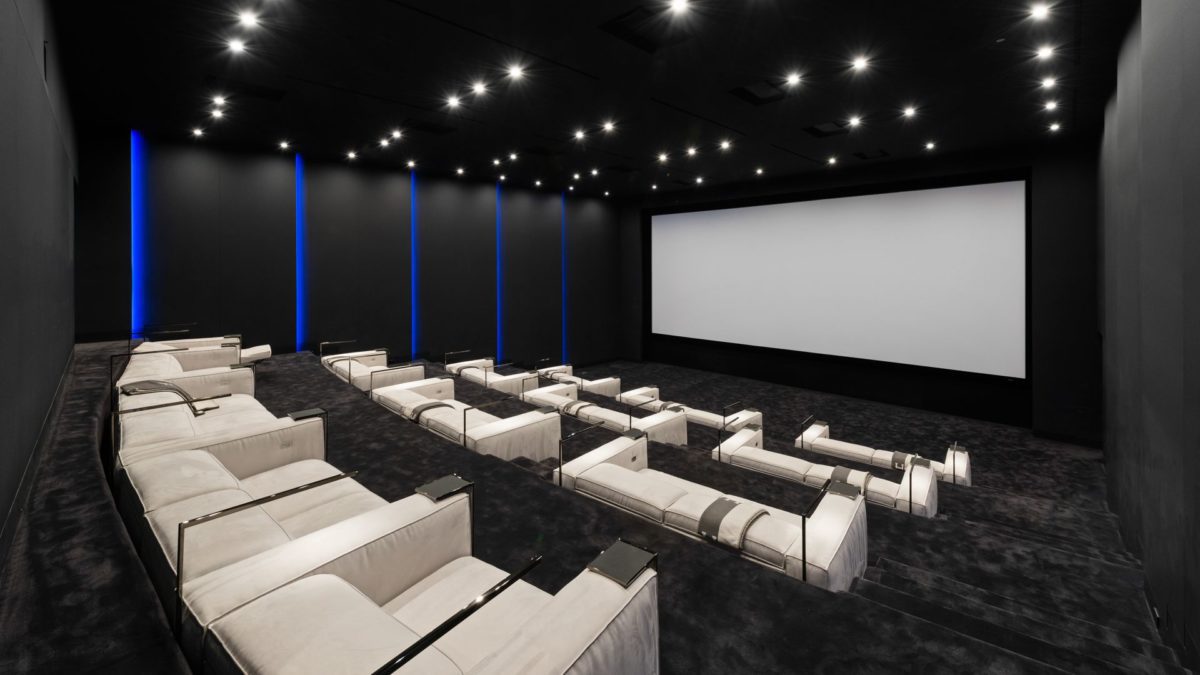 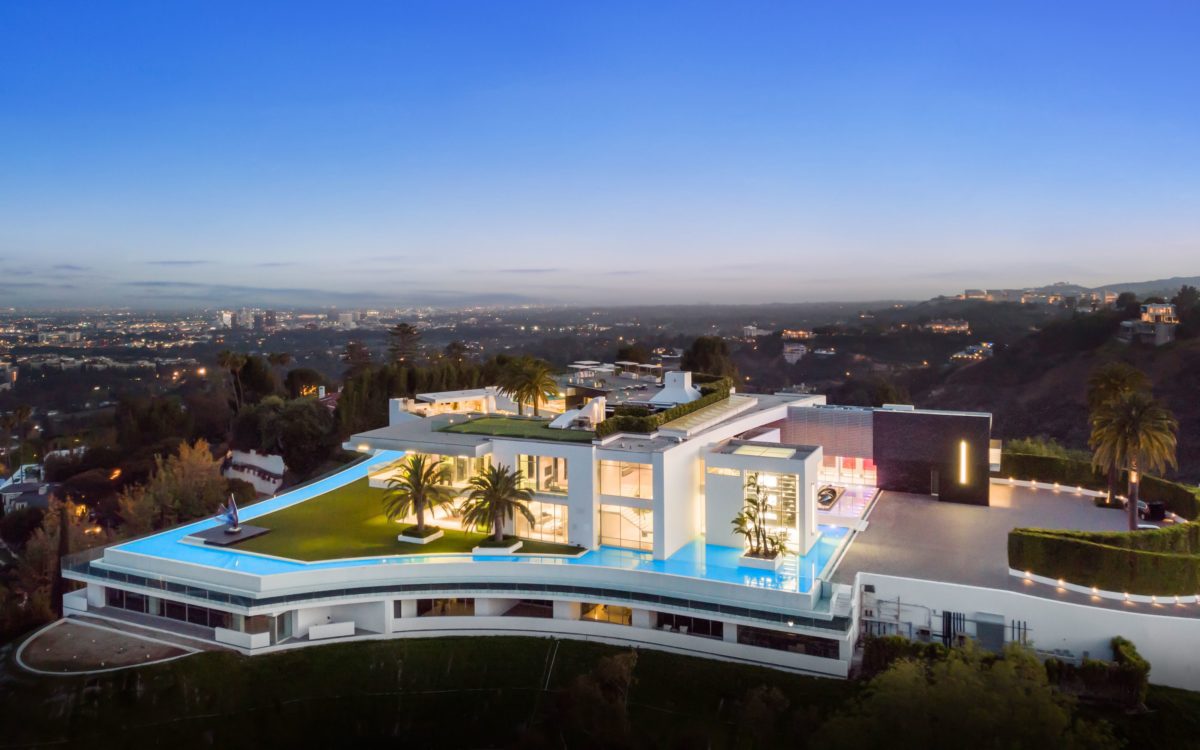 Perched above the city, the property offers L.A. views in all directions.

“Of California’s many world-class locales, Bel-Air continues to attract some of the world’s biggest stars, because of its reputation for the utmost residential privacy, fantastic weather, and relaxed local lifestyle,” says Branden Williams.

Over-the-top elements inside the mansion include 26-foot ceilings and a 5,000-square-foot primary bedroom suite with its own private pool—bigger than most houses. There’s also a two-story office or library complete with balcony.

On the lower level, recreation is the theme. The fun floor boasts a 10,000-bottle wine cellar, beauty salon, juice bar, theater, and gym.

The property also offers a three-bedroom guesthouse, a 30-car garage, and six elevators. A sprawling yard with five pools is surrounded by 30-foot palm trees.

Kirman notes that he’s already heard from potential billionaire buyers about the listing.

“It’s a once-in-a-lifetime opportunity to acquire one of the finest residential sites in the world,” he says. “This really is the Mona Lisa of real estate. For those who can afford it, it’s a great opportunity.”

“We’re vying for the most expensive sale in the world,” Kirman adds. 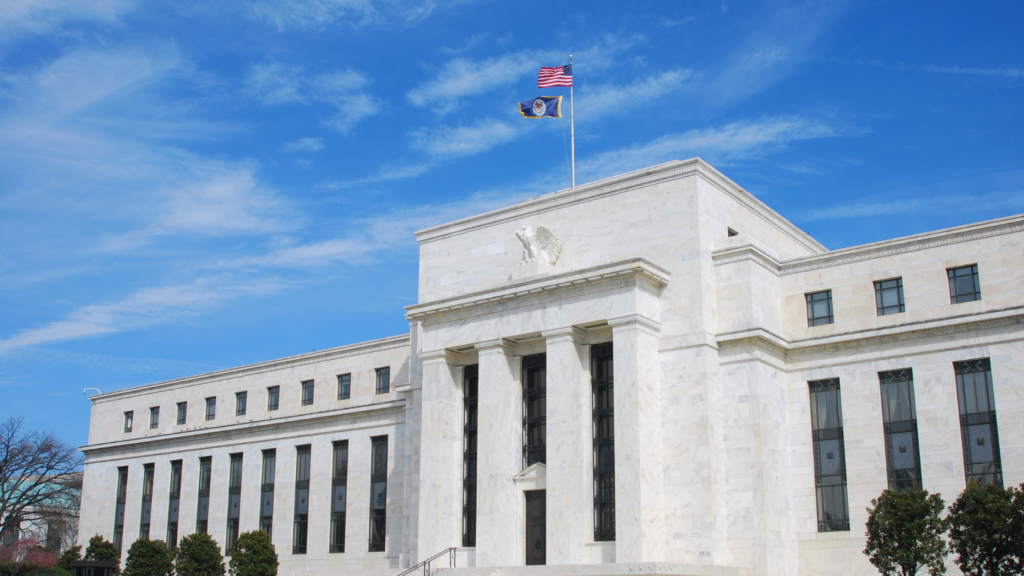 What Separates A B-Team From An A-Team? These 3 Factors 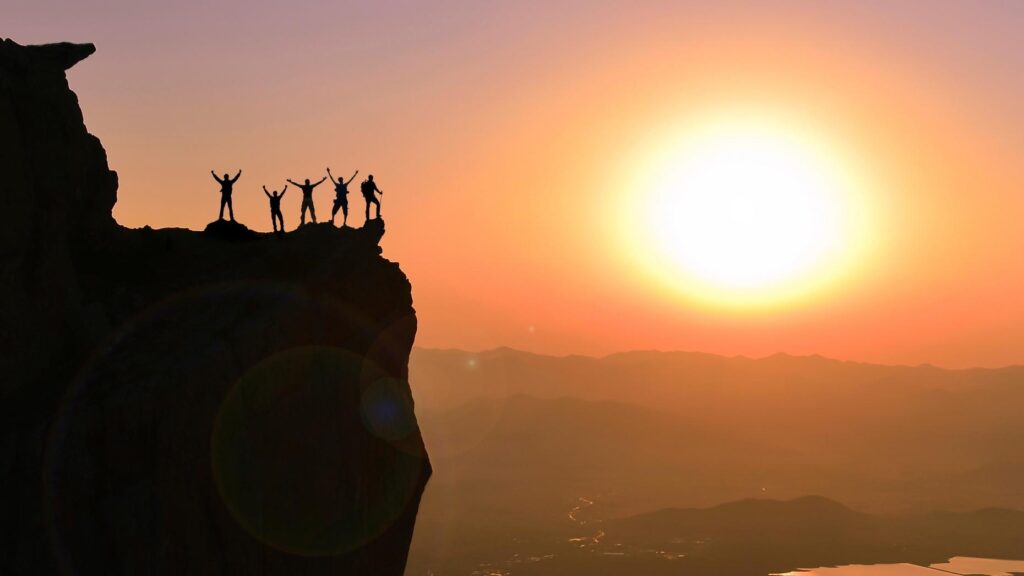