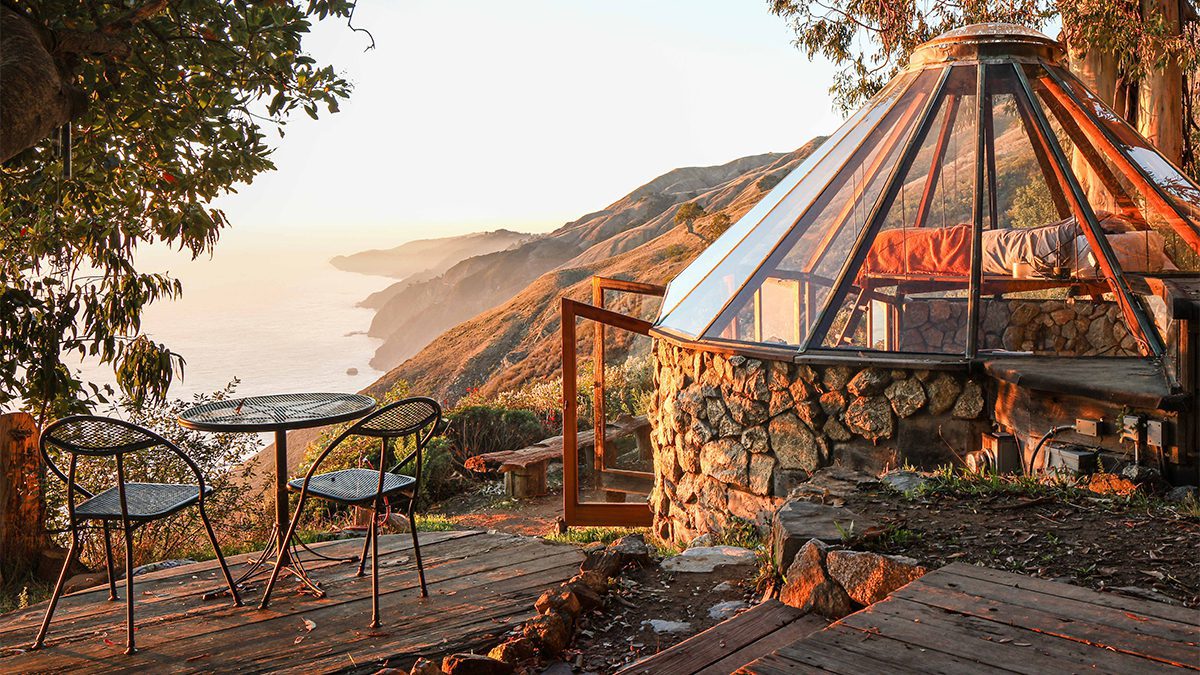 A native of Missouri, he arrived in the coastal community in 1971. He died last year at the age of 86, and is remembered as “the man who built Big Sur.”

His environmentally conscious buildings, designed with the jaw-dropping surroundings in mind, dot the landscape here. His work includes the Post Ranch Inn, the baths at Esalen, and the Hawthorne Gallery.

Now, the 30-acre compound he built for himself and where he lived for decades is available for $6.95 million.

“He wanted to find the property to develop for himself and his family,” says the listing agent, Jeannie Ford of Sierra Sotheby’s International Realty. “He looked long and hard, and this is the property that he chose.”

Set 1,500 feet above the water, with coastline and ocean views, the woodsy parcel with three structures is reached by a private driveway that runs up and through the acreage.

To begin with, Muennig built a tiny, 300-square-foot glass house. It’s highlighted by a bed suspended from the ceiling to better observe the sky and stars. For a sleeper who isn’t afraid of rolling over, the tiny structure offers sublime vistas of the coastline and ocean.

Muennig lived in this small glass dwelling while working on the construction of the main home, which was completed in 1985.

That space is built into the mountainside and features a garden roof.

Entered through a circular pivot door, an interior atrium features tropical plants, a banana tree, and a waterfall, all underneath a huge skylight.

The living room includes a fireplace and leads into two courtyards that allow even more outdoor access.

You enter through a moon-shaped door inspired by Chinese architecture that was cut into the hill.

“They were then confronted by—and forced to circumvent—a waterfall cascading just inside the door,” Lutyens writes, “before walking into a living room full of banana trees and vines. This originally contained a dining table that was later inaccessible when the room became totally overgrown.”

In keeping with the organic feel of the property’s dwellings, the shape of the caretaker’s cottage or guesthouse is inspired by a nautilus shell. It includes an outdoor bath with a claw-foot tub.

All three rustic structures are passive solar, and each offers unusual quirks.

Ford points out that the main home was built on the axis of the winter solstice, the shortest day of the year.

“So on the winter solstice, the sun sets on the fireplace,” she says.

There’s no need to fret about your views ever becoming obstructed, she adds, because “Nothing’s in front of you—or ever will be.”

Located in an area known as Partington Ridge, the secluded spot is only about 15 minutes from the famed Nepenthe restaurant, and halfway between Esalen and Post Ranch Inn, two of the architect’s most celebrated projects.

“This property is a legacy property. It’s an unusual place, and it’s like buying a piece of art,” Ford says. 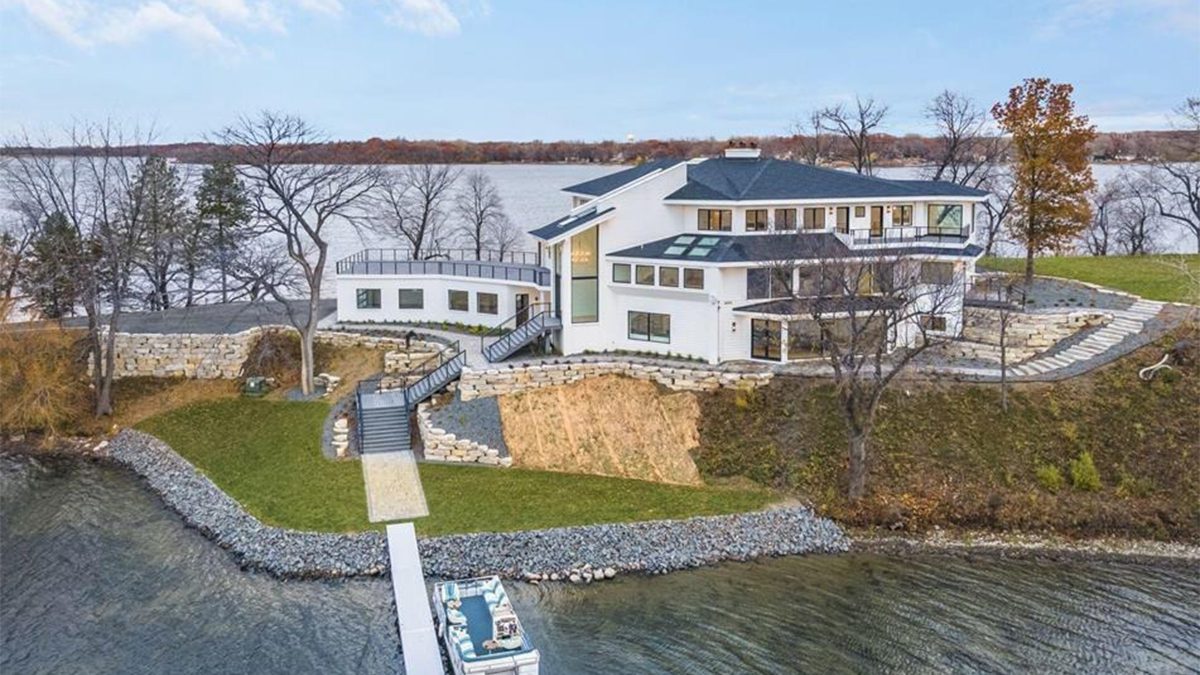 $6.6M Mansion on a Private Island in Minnesota

$8.2M Grace Mansion Is a ‘Portal to Pasadena History’ 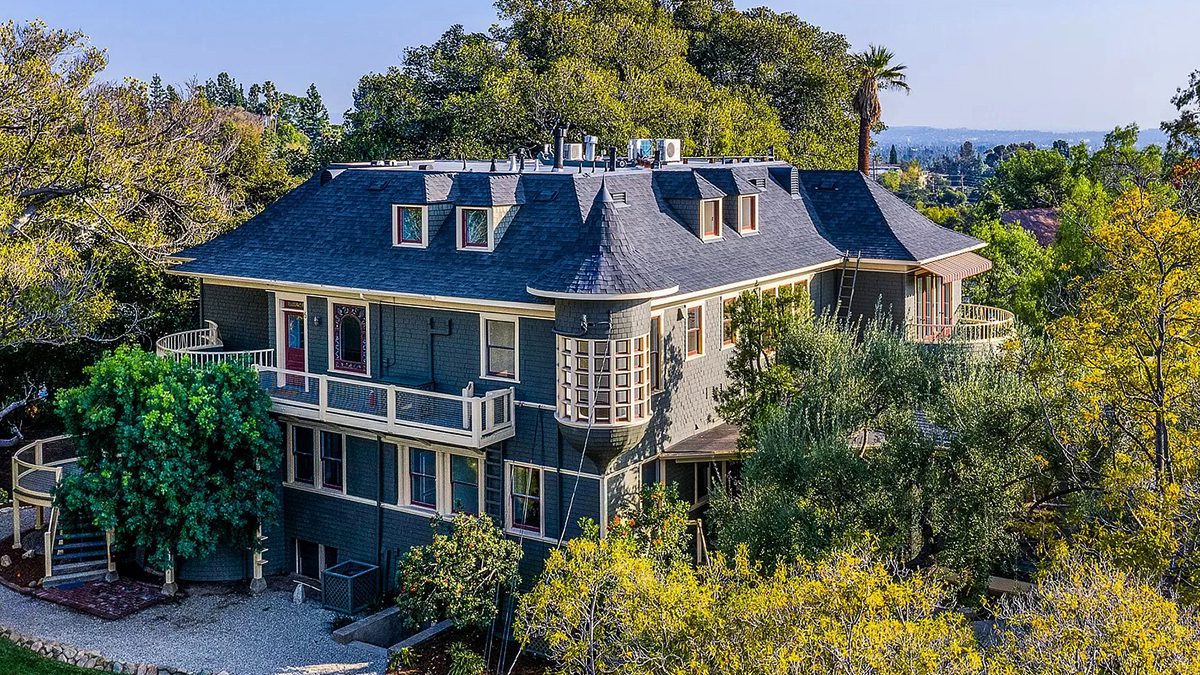