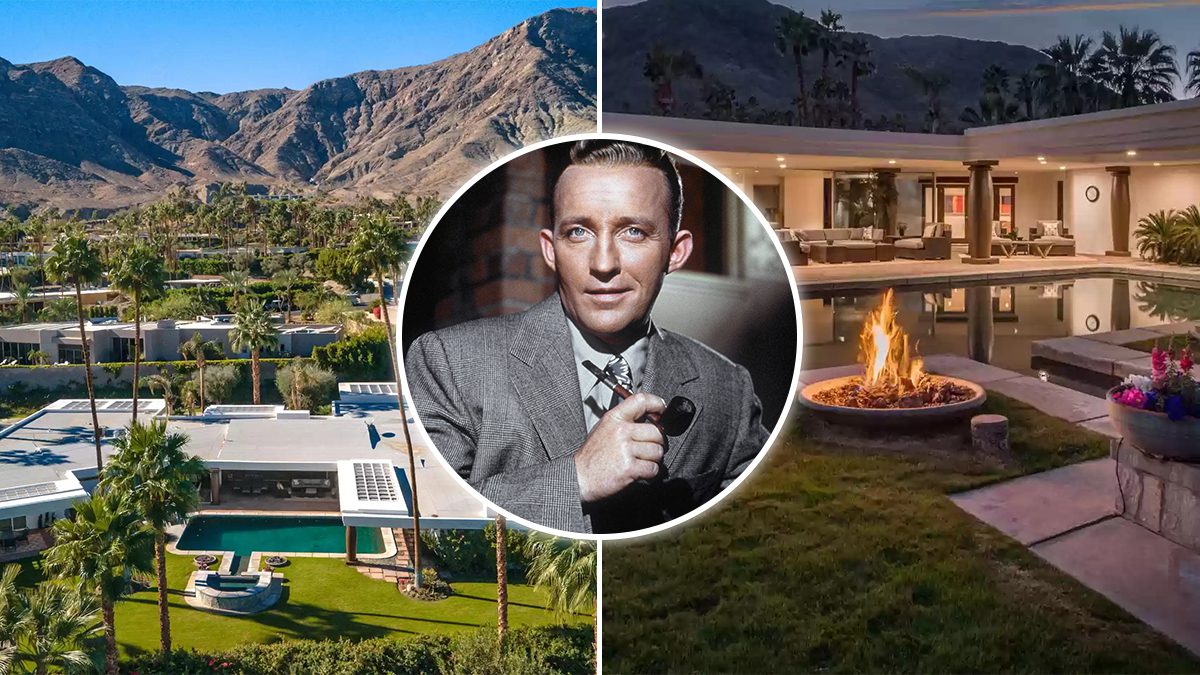 The vacation getaway was originally listed in 2018 for $5 million.

Built in 1957 in the gated Thunderbird Heights neighborhood, the single-level, midcentury modern residence with a Moroccan theme offers walls of glass, a pool, and gardens on 1.36 acres. 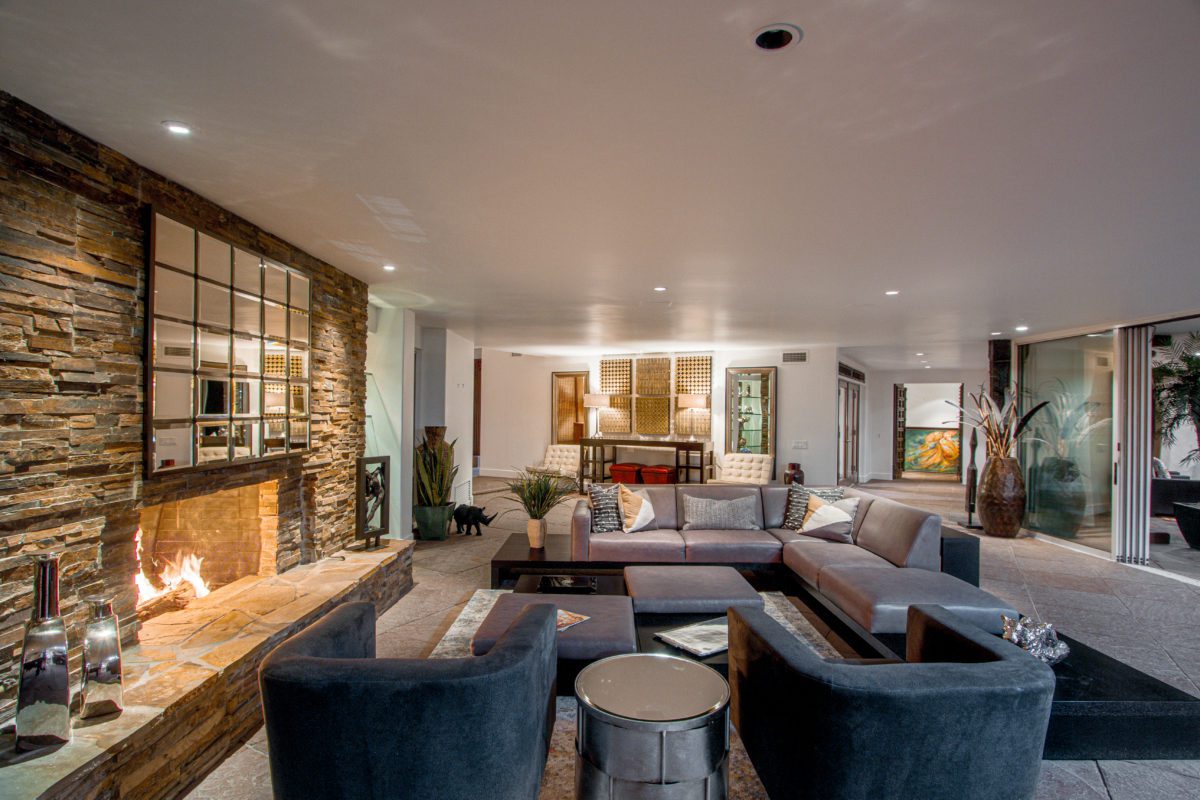 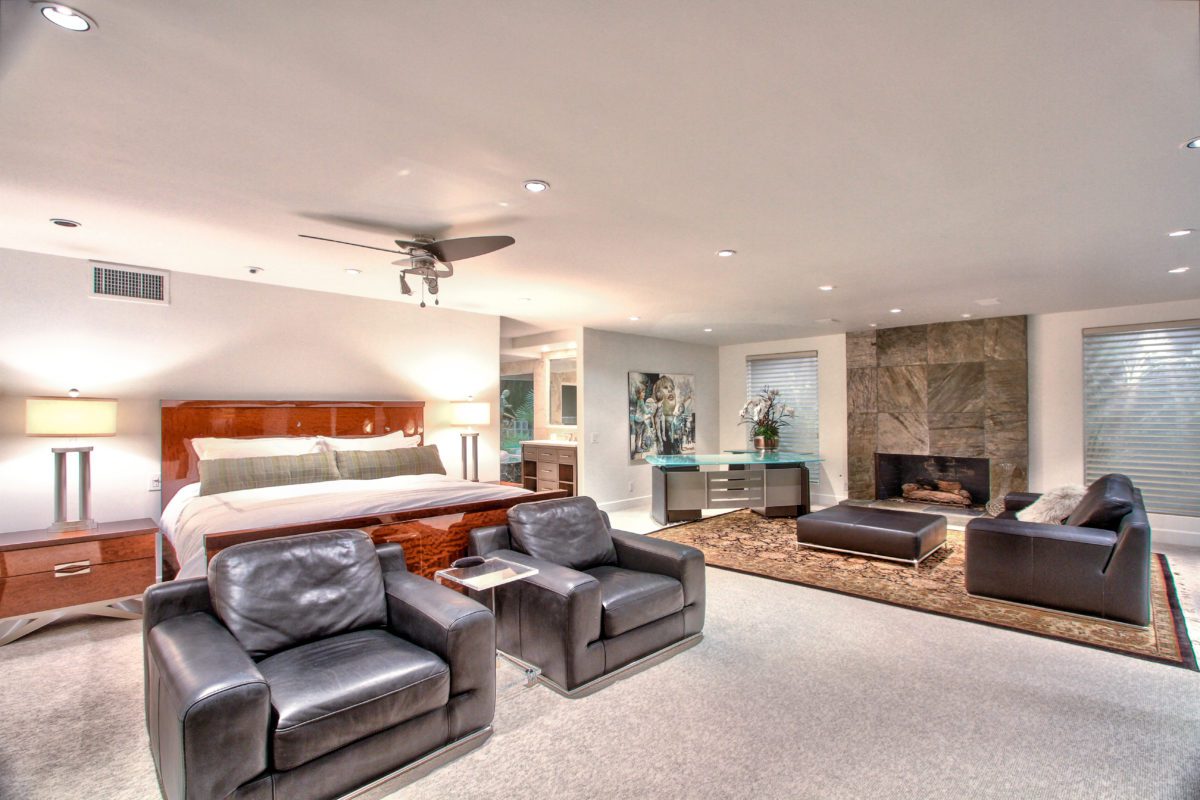 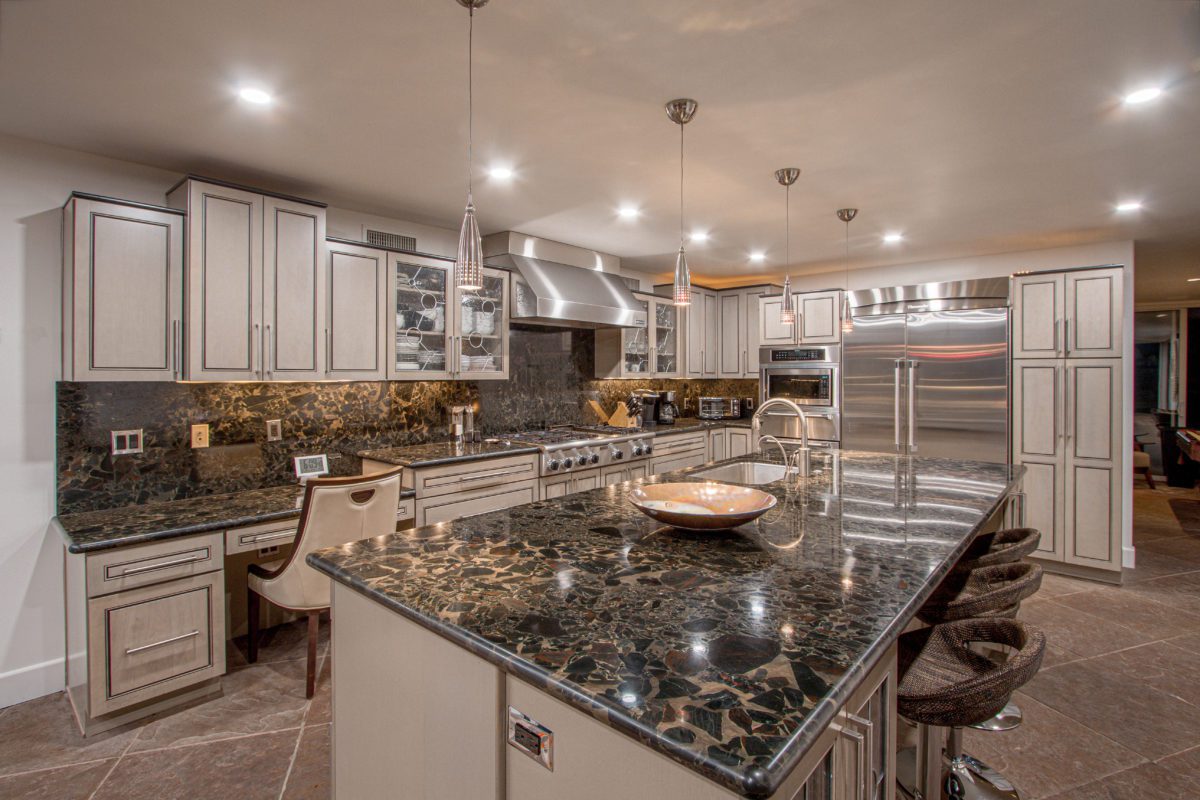 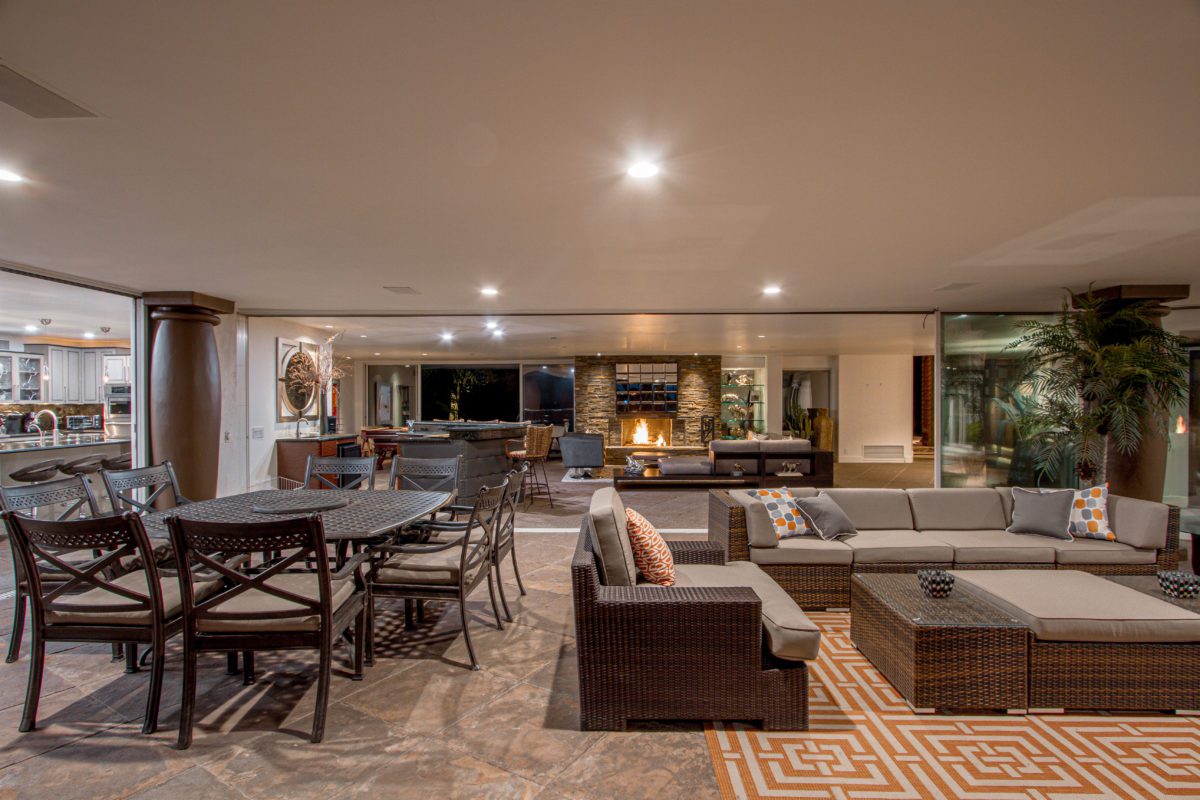 The sprawling residence was said to entertain legendary visitors including John F. Kennedy. In his honor, the guest quarters have been renamed the JFK Wing.

The 6,700 square feet of living space includes a bar and a gas fireplace. Elsewhere, there’s a billiard-room and a home theater. For the owner, there’s a massive 1,400-square-foot primary bedroom suite. For guests, there are two additional en suite bedrooms or a two-bedroom guesthouse.

Sliding glass doors along the back of the house open on an outdoor living area. The grounds include space for dining and entertaining, with a pool, gardens, outdoor kitchen, and multiple fireplaces.

Crosby owned multiple properties in the Golden State, including one in the exclusive San Francisco Bay Area town of Hillsborough, CA.

The sedate English country estate became the home of the singer, his wife, the actress Kathryn Crosby, and their three children in 1963.

Their time in this particular mansion was short-lived, since the family then moved to a larger home in the area, a 32-room property nearby, where Kathryn continued to reside after Crosby’s death.

In 2014, Crosby’s former Hillsborough home was sold for $8 million. The new owners embarked on a major renovation and placed the one-time Crosby estate on the market in March 2021 for $13.75 million.

Located on 3 green acres on just under 10,000 square feet, the property sold in two months for slightly under the asking price, at $13.5 million.

Crosby died in 1977 at the age of 74. The Oscar winner was known for the Irving Berlin holiday hit “White Christmas,” which has sold over 50 million copies. 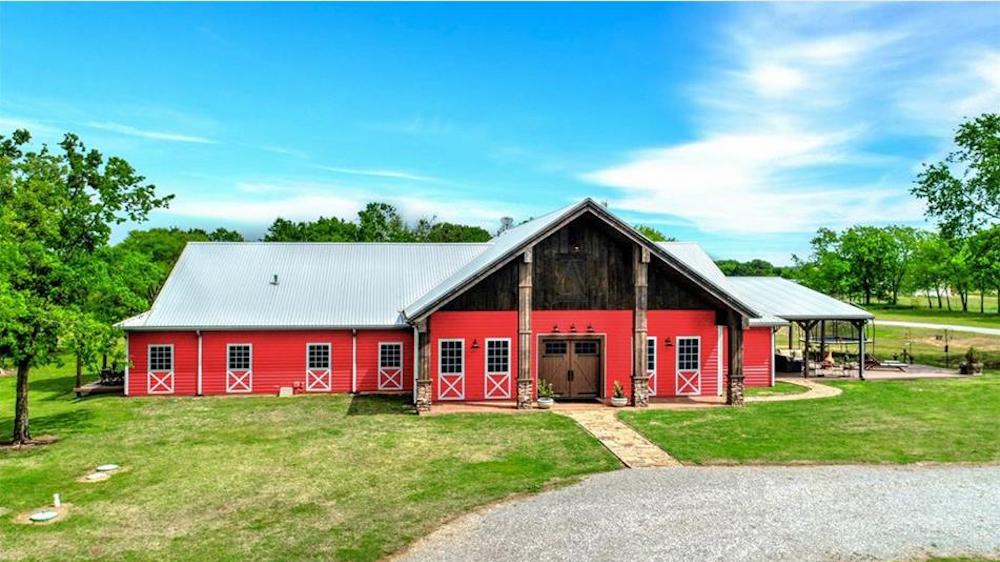 10 Most Popular Barndominiums of 2021: Home on the Range 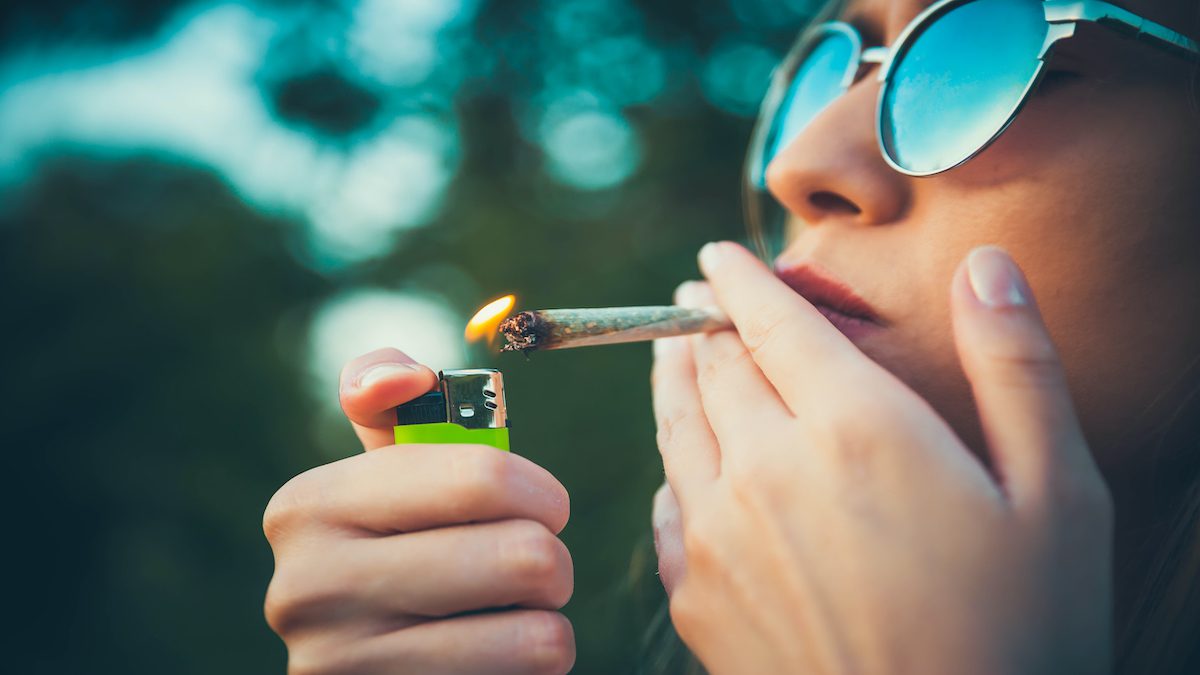