Mortgage tech provider and title insurer Blend Labs Inc. says it’s slashing another 220 positions from its payroll this month, after posting a $477 million second quarter net loss as rising interest rates continued to take a toll on the refinancing business of the company’s mortgage banking customers.

The August job cuts — which include 140 current employees, and the elimination of an additional 80 vacant positions — followed layoffs of 200 employees in April. When the latest job cuts are complete, Blend will have reduced its workforce by about 25 percent this year, and expects to save $60 million in annual compensation costs.

Blend co-founder and head Nima Ghamsari put the company’s second quarter results in the best possible light, saying the company continues to grow its market share and product lines, and has $475 million in available cash and debt funding — enough to weather a downturn even if it stretches out to 2025.

“We are operating the company prudently as if mortgage industry unit volumes will remain at or near historic lows through 2025,” Ghamsari said on a call with investment analysts Monday. “Despite this, we expect to achieve positive free cash flow during that time.”

In addition to trimming the company’s workforce, Ghamsari said Blend will seek to cut costs by offshoring work now performed in-house and by third-party vendors.

Most of Blend’s second quarter loss was attributable to a $391.8 million writedown in the value of Blend’s national title insurance and settlement services business, Title365, which Blend acquired for $422 million last July.

A decline in economic and market conditions prompted Blend to write down the value of two of Title365’s “intangible assets,” the company said in reporting second quarter earnings Monday.

Yet Title365 remains a crucial part of Blend’s strategy to attract more business from mortgage lenders by helping them cut costs, Ghamsari said.

Although the revenue Blend generated from services it provides mortgage companies was down 6 percent from a year ago, mortgage industry loan volume was down 37 percent over the same period, Ghamsari said.

That means Blend has been growing its market share by taking a bigger slice of a smaller pie.

“Having title on the Blend platform enables us to deliver vertically integrated mortgage and home equity solutions. Title365 is filling that role and accelerating our path to this objective,” Ghamsari said. “Overall, our second quarter revenue and metrics represent continued progress against transforming this industry. I want to be clear that I’m very confident in Blend’s long-term opportunity as a result of this progress.”

The Title365 acquisition is also a key component of the company’s plan to reduce expenses.

“Through our acquisition of Title365, we expanded our geographic reach to India, home to two full-scale operational hubs that currently support our title business,” Ghamsari said. “We believe our India operations provide a foundation that can support the entirety of Blend and work is already underway to streamline our corporate support functions and shift work where we historically relied on third-party vendors.” 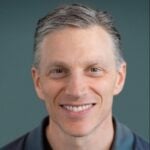 Blend’s Head of Finance, Marc Greenberg, said Blend will reduce its spending on vendors by at least $6 million per quarter next year.
“We are reducing the number of vendors we have and simplifying where we can, and we’re undertaking more robust negotiations with those we decide to retain,” Greenberg said.

The company will also limit sales and marketing expenses “to land in the 20s as a percentage of revenue,” with research and development costs targeted “in the high teens to low 20s on our road to profitability.”

Blend investors welcomed the company’s plans to cut costs and achieve long-term profitability, with shares in Blend rising nearly 30 percent Tuesday, to close at $3.55 a share. Since going public last year, shares in Blend have traded for as much as $21.04 and as little as $2.17. 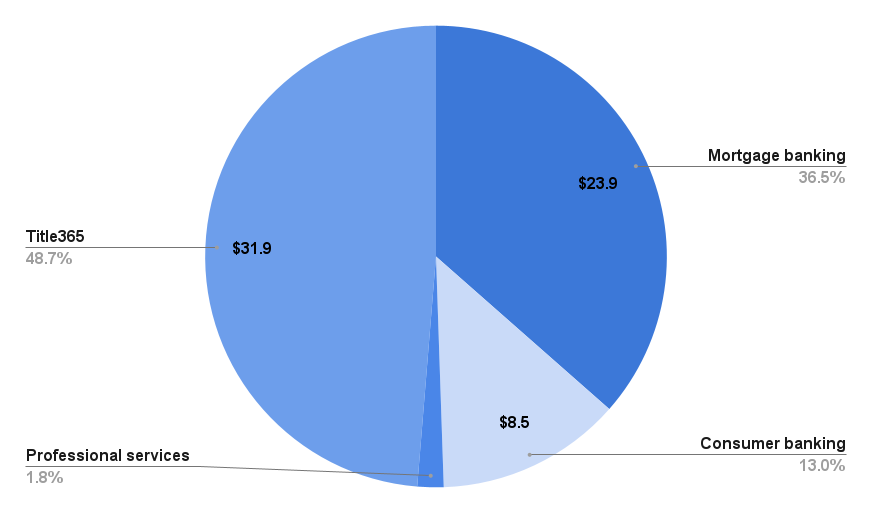 For the full year, Blend now expects Title365 will generate $95 to $105 million in revenue, up from a previous estimate of $90 to $100 million, reflecting better than expected growth of recently launched home equity and default product lines

For the full year, Blend said it now expects the Blend platform to generate between $135 million and $145 million in revenue, down from previous estimates of $140 million to $150 million, “reflecting expectations of increased mortgage industry volume decline.” 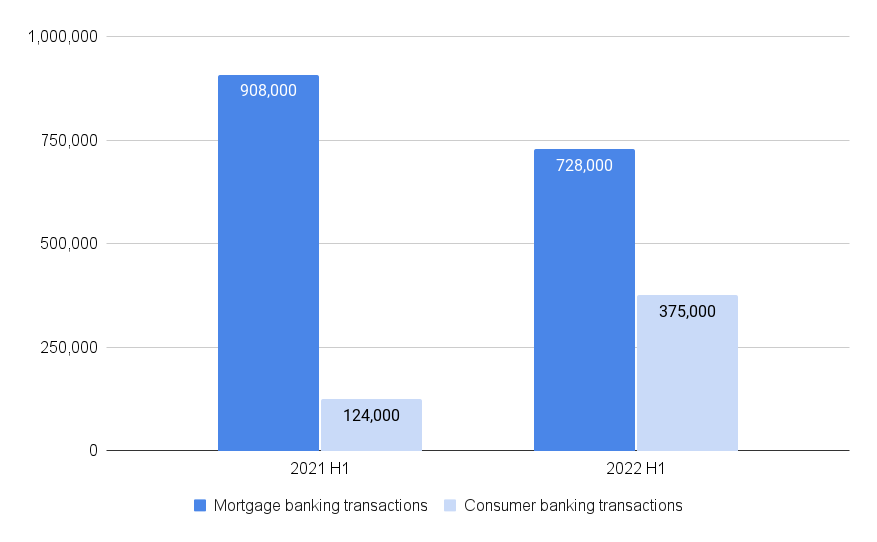 “There’s a once-in-a-lifetime industry transformation happening right now,” Ghamsari said. “Most banking products are still analog and processed in a manual way by humans. They lack a modern software stack that works across the bank to deepen relationships with our customers at a lower cost. We believe the lenders and banks who adopt our technology will come out the other side winners.” 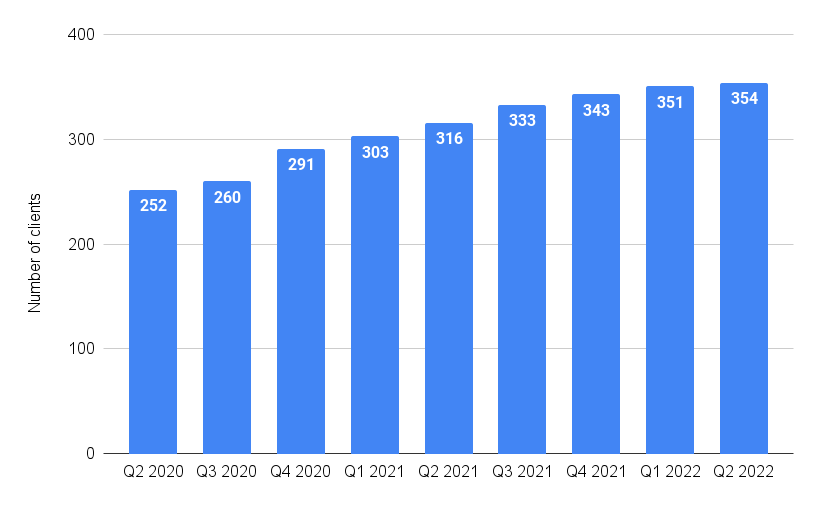 Blend also continues to sign new clients, albeit at a slower pace than in recent quarters. During the second quarter, Blend’s client base grew by three, to 354, compared to 13 during the same quarter a year ago.

But as Blend migrates more of its Title365 business to the software-enabled Blend Title solution, Ghamsari sees potential for growth from both new and existing clients that will eventually translate into profits for Blend. Mortgage lender and servicer Mr. Cooper went live on the Blend Title solution during the second quarter.

“We’re really in the early days of the transition to software-enabled title,” Ghamsari said. “So there’s no change in pricing and we’re not really offering any guidance on the eventual margins. We think it’s a comprehensive product that makes it better for consumers and better for lenders.”

For now, Blend continues to pile up losses that are now approaching $1 billion. Having racked up losses every quarter since the company was founded in 2012, net losses totaled $442.8 million as of Dec. 31, 2021. With the $552.3 million in losses Blend has posted so far this year, the company’s accumulated deficit has grown to $995.1 billion. 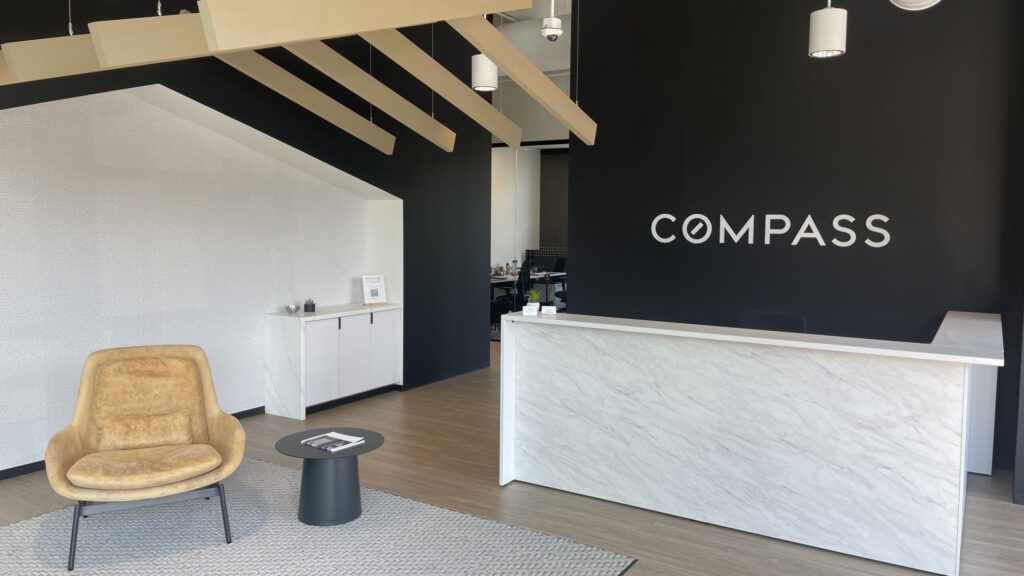 Compass Doubles Down In St. Louis With Aim To Recruit 300-Plus Agents 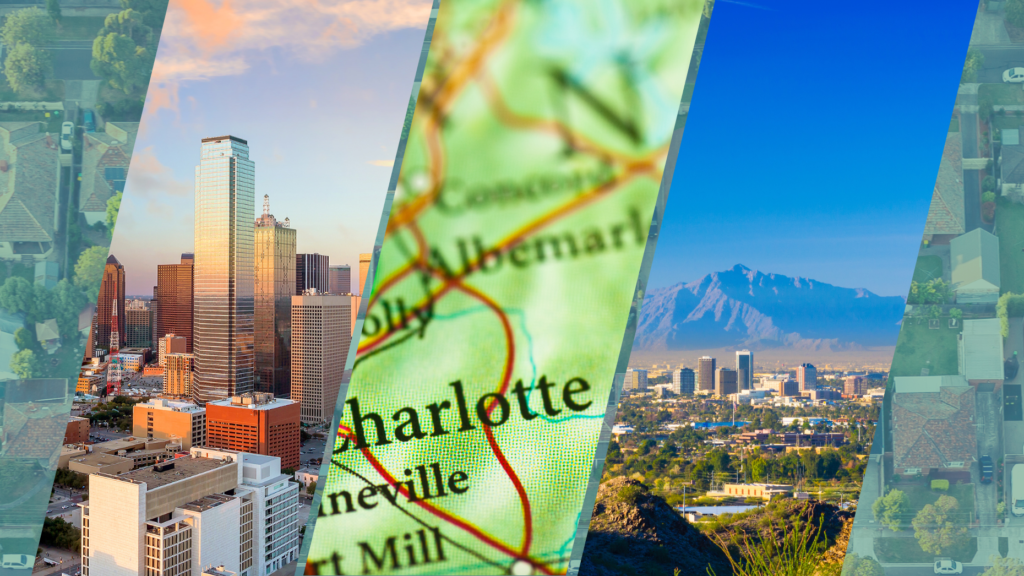