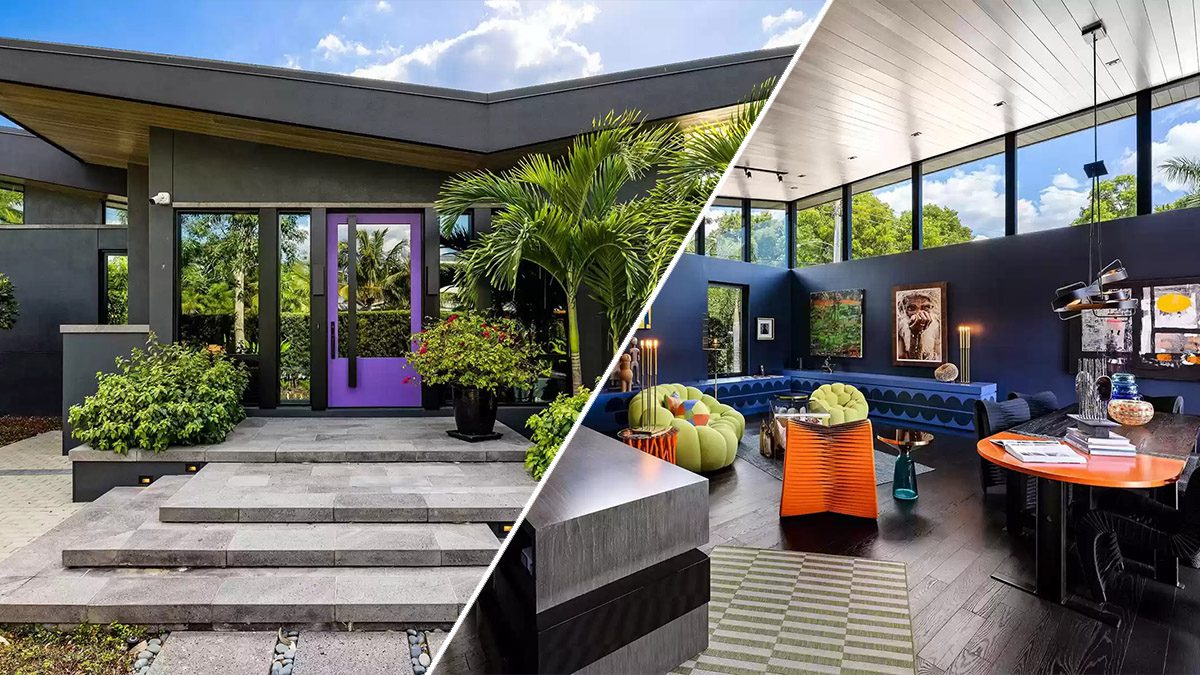 A home that appears as if it could take flight has soared onto the market for $4.7 million in Naples, FL.

Complete with a butterfly roof, the relatively new residence takes some of its inspiration from the home that originally stood on the property.

“There was an original midcentury modern home with a butterfly roof on the property. When the current owner bought it, she had every intention of just renovating it and making it a little bit bigger. However, it was so full of termites that it couldn’t be done,” explains listing agent Roberta Zimmerman, with Premier Sotheby’s International Realty.

So in 2018, the current owner built a house with an equally distinctive roofline.

“The original home had the butterfly roof, so she kept that style and also the clerestory windows that go all the way around up high to flood the whole living area with light,” Zimmerman says. “They didn’t use the original roof and original windows, but they used the same style idea and just copied it.”

“There are so many little private spots, which I love. The primary bedroom opens to a little private courtyard, and you can open the bathroom fully,” says Zimmerman.

For a buyer with few inhibitions, it’s a refreshing offering.

“At the end of the bathroom, there’s a bathtub and shower room that also opens up to the courtyard,” she adds. “The shower and bathtub are indoors, but when you open the door all the way, it’s like you’re bringing the outdoors in.”

In a captivating change, an open kitchen has no place in this home’s layout. The galley-style kitchen, outfitted with high-end appliances, is actually walled off.

“The owner doesn’t like to cook. So the kitchen is separate, not open like so many of the homes,” Zimmerman explains. “This way, if you have a caterer or a private chef, they could be doing their thing or your cooking doesn’t need to be for everybody to see.”

Zimmerman says she likes how this home stands out among the all-white modern homes often seen in South Florida. The dark walls and ceilings are alluring in their own way.

“Most of the homes I go in are white and very similar. They’re lovely, but there’s nothing unique about that,” she says. “I was just blown away by the uniqueness of this house. I just fell in love with it right away.”

“The bottom of the pool is black, and it has some really pretty tile. So that’s got a different look to it, too. It’s not your bright blue pool,” she explains.

Sited on a small lake, the home comes with plenty of privacy, as well as a sense of openness.

The lake “provides that shimmer, and it just makes the yard feel that much more expansive with the nice colors of the light and the sunset coming off of it,” Zimmerman says.

The current owner is an art collector, so the home was designed to display art.

“It’s a perfect house if someone has their own art collection or if it’s somebody who just wants something unique,” she says. “It was built lovingly. You can tell when you walk into the house that it wasn’t just thrown up by a builder or somebody who wanted to build a big house in Naples. You can tell that there was just a lot of care and thought put into every inch of this place.” 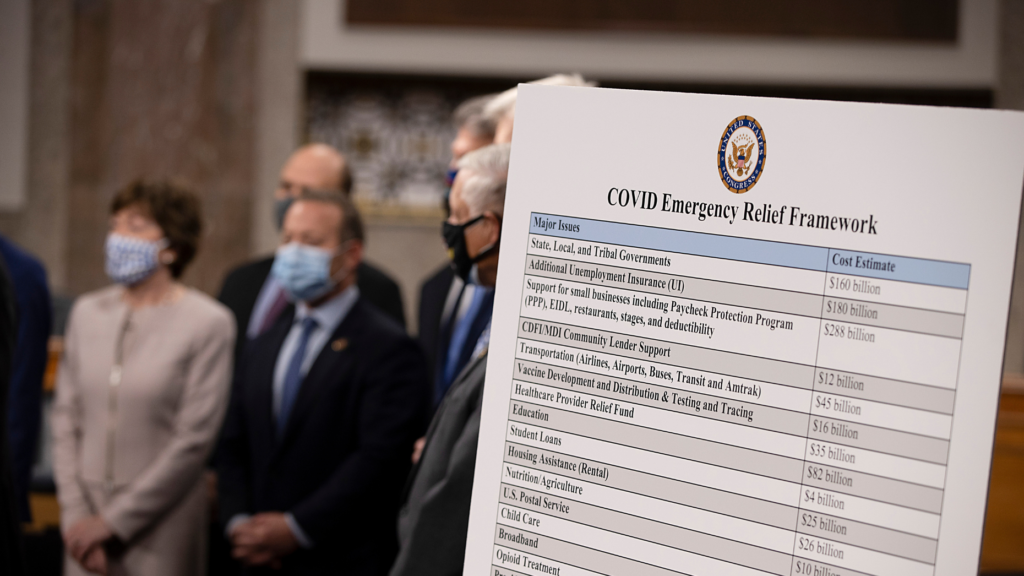 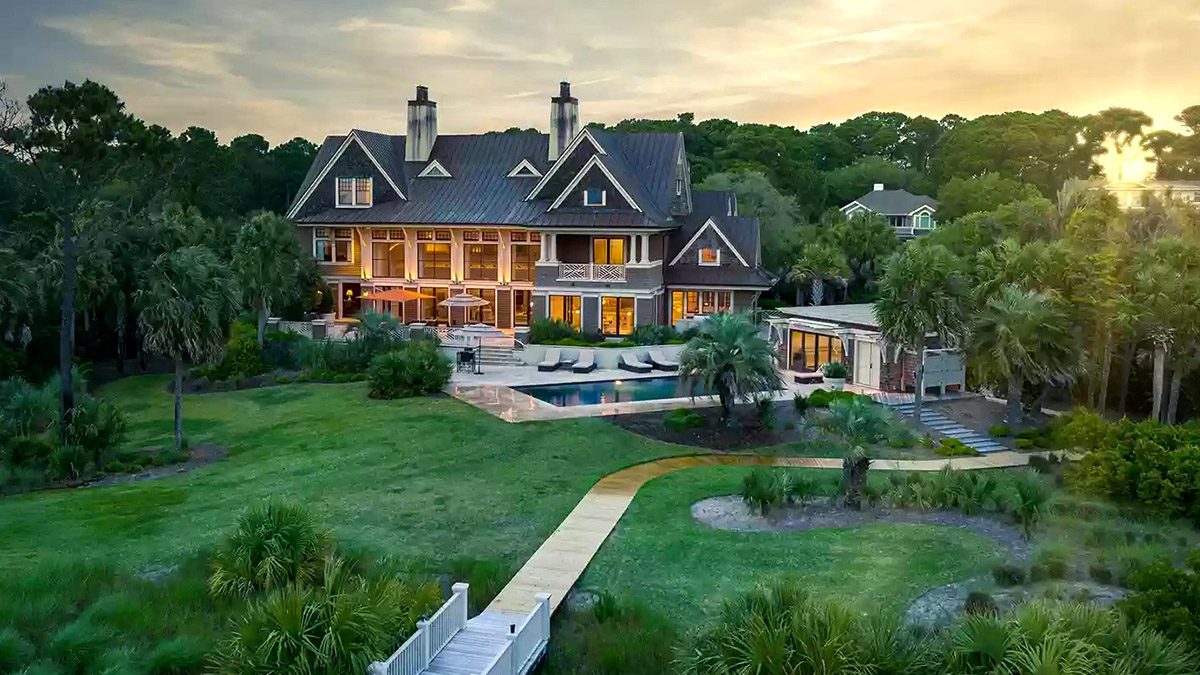