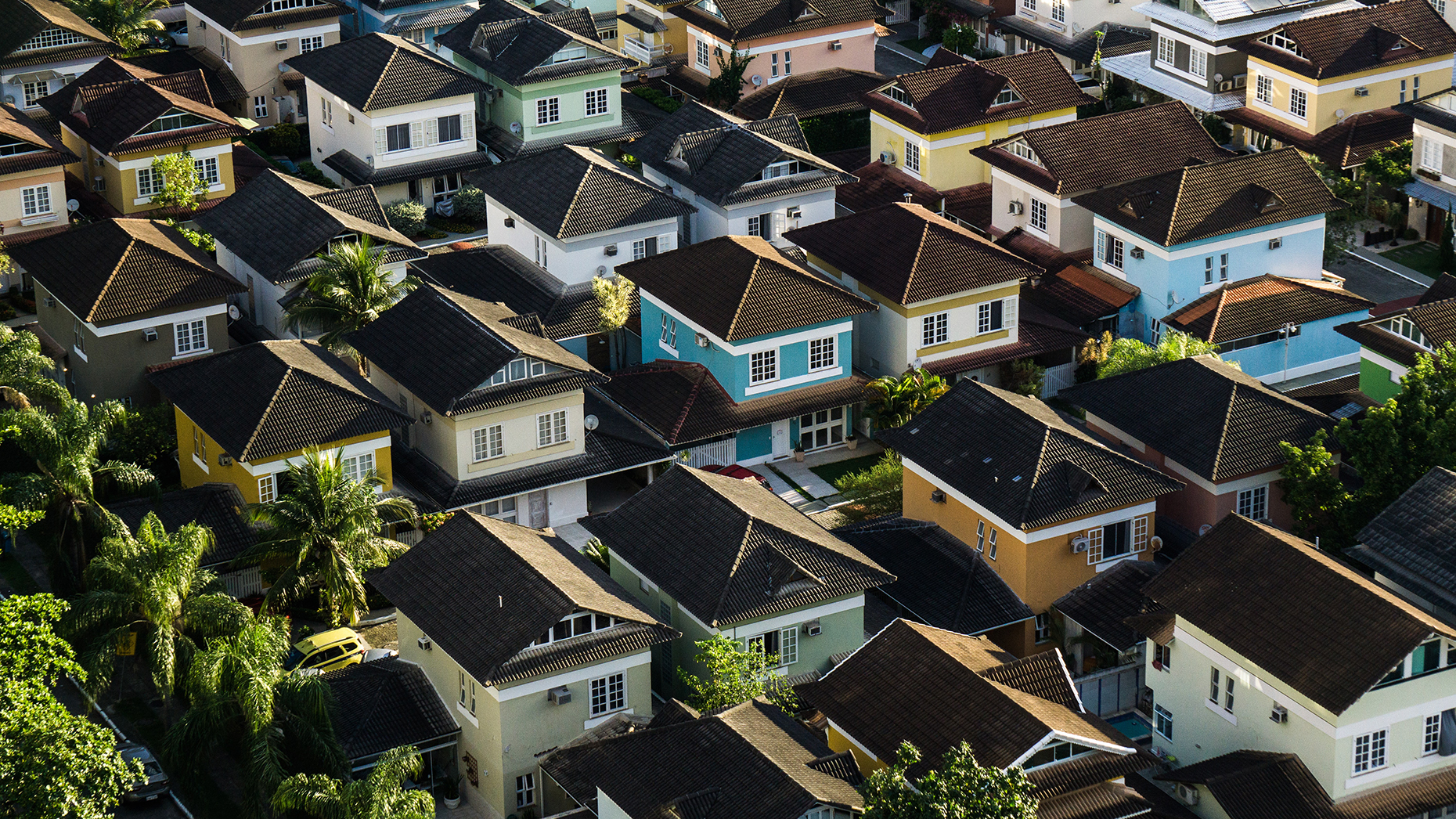 Have suggestions for products that you’d like to see reviewed by our real estate technology expert? Email Craig Rowe.

Ideal for: Listing and buyer agents, teams and brokers

Those not using DeltaNET 6, Delta Media Group’s CRM solution, with which Local Showings directly integrates, may face challenges or concerns about sharing data across other business technologies they use.

What you should know

Delta Media Group’s Local Showings is a tool for requesting, approving and managing home showings. It has mobile companion apps for Android and iPhone users and offers coverage for 97 percent of MLS listings nationwide. While Local Showings appeals especially to Delta Media customers, it can work for all agents needing a digital solution for handling showings.

Delta Media Group is well aware that its potential multiple listing service customers don’t want to partner with a company that’s going to sell to an industry competitor or larger, Wall Street-backed tech firm. In fact, I’ve heard this concern from each of the new showing tech companies recently reviewed.

Thus, Delta Media Group offers a “no sell” guarantee, an in-writing promise to never jeopardize its customers’ real estate data. It should be noted that Delta Media Group is wholly owned by one person, CEO Michael Minard.

I’ll go so far as to say Delta Media hard-selling the promise it won’t sell, an issue I believe is critical for agents to consider when making technology decisions.

But potential users will need to ask themselves if that makes Local Showings a superior showing tool. Let’s get into it.

One standout feature is Local Showings’ appointment call center, a benefit inspired by their desire to replicate what agents were already familiar using, i.e. ShowingTime. The idea here is to make transitioning to its product easy for customers, even those not already within the Delta Media ecosystem.

Local Showings uses a card-based user interface, letting users tap color-coded tabs to view approved showings or access contacts. The latter feature can port contacts from the user’s phone, Google Contacts or a DeltaNET CRM account. And I like how contacts can be tagged as buyers or sellers for the purpose of easy identification within the app. 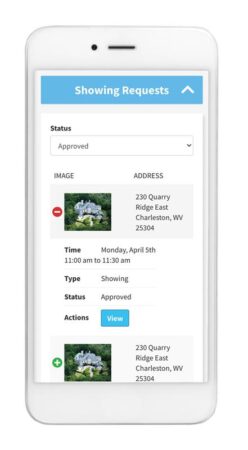 That said, the user experience trumps the look and feel, which isn’t overly engaging or contemporary. But it does achieve the primary goal of any user interface: Don’t distract from functionality.

The app also makes scheduling and approving showings easy. Listing agents can select a number of methods by which to be notified of new requests, which buyer’s agents can do by a simple MLS-fed search of all regionally active listings.

Sellers can be notified of approved times (and added to the approval chain of command), and all approved, declined and cancelled showings are indicated by a numerical button alert.

Multiple showings can be scheduled at once, and the Tours feature will automatically assemble the route and display it on the map. Edits can be made manually if needed, like when a coffee stop takes longer than expected or one showing’s delay affects the subsequent listings. 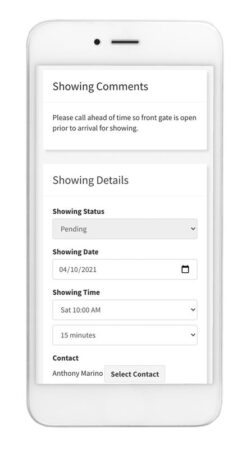 The user can create overlapping showings, control availability and have the power to override blacked-out dates and times when necessary.

Local Showings post-showing survey tool is quite flexible, giving users the power to create forms with unique questions, add checkboxes and set-up alerts when the feedback request isn’t answered after 24 or 48 hours.

Another way for Delta Media to acclimatize users to Local Showings is by forming direct relationships with MLSs around the country to create single-sign on environments in as many markets as possible. Those relationships are being cemented, I was told.

Training will be widely available, but shouldn’t be needed very often, according to the company. I tend to agree, it shouldn’t take much for someone to understand at least the basics. Like all apps, it’s merely a matter of playing around to test features. While I don’t love the user interface, the experience isn’t at all problematic.

Other nice touches included with Local Showings are its Google Calendar connection and per-listing calendar view, onboard chat with area colleagues, admin-level scheduling permissions and the ability to add showings to a coming soon listing, a nice touch for sellers.

I think this is what we should expect from a showing solution built by an established software company. It relies on its in-house connections and document tools to facilitate next steps should a showing evolve into an offer, meaning there’s no tool for non-DeltaNET users to move forward within the software. That’s OK — but something I hope to see in an update. 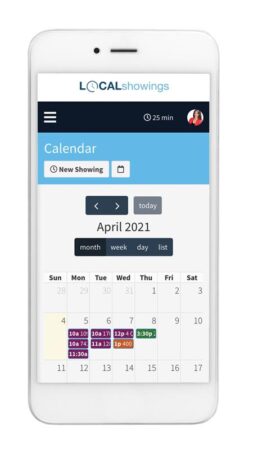 But the answers everyone wants to have is if this app is better than ShowingTime.

Well, I think you should ask if ShowingTime is better than what Delta Media created. Or Showingly. Or Instashowing. Or Real Happy.

I argue all ShowingTime really had going for it before its acquisition was timing. It was first to market, the first to get its toe in the MLS door. What it lacks is the industry experience and collective mass intelligence that its new alternatives now have going for it.

ShowingTime has to adjust to modern market demands instead of use them as the blueprint. Instashowing launched an offer management tool the same time ShowingTime did, and only one of those companies is almost two-years-old.

I argue that the new breed of showing-tech players have the advantage of being more nimble. They’re not mired in the muck of what their customers expect or have gotten used to and are thus free to innovate, connect with new partners and better serve sellers and buyers, the industry’s true technology drivers.

Have a technology product you would like to discuss? Email Craig Rowe 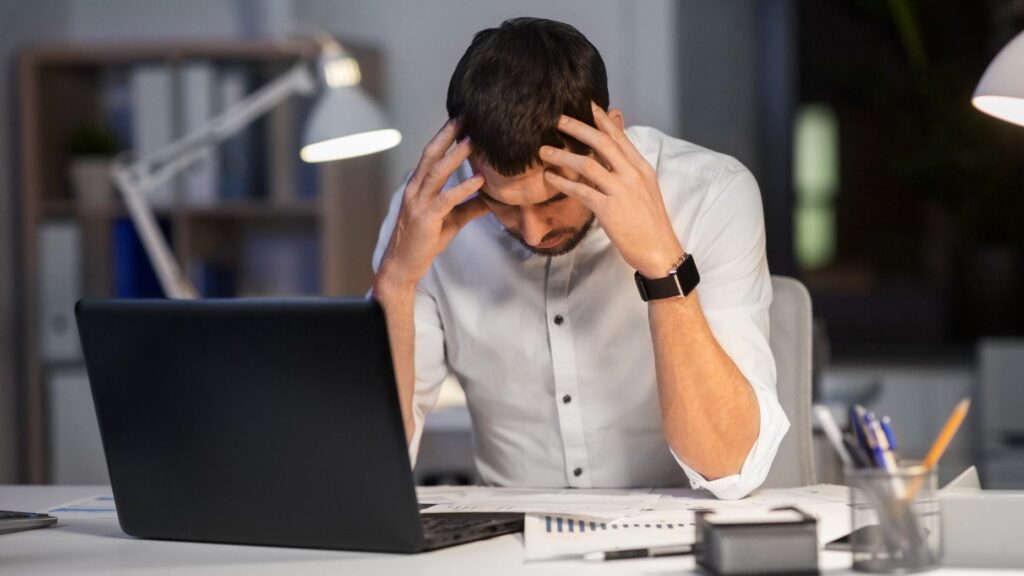 How To Deftly Deal With 5 Common (But Cruel) Seller Demands 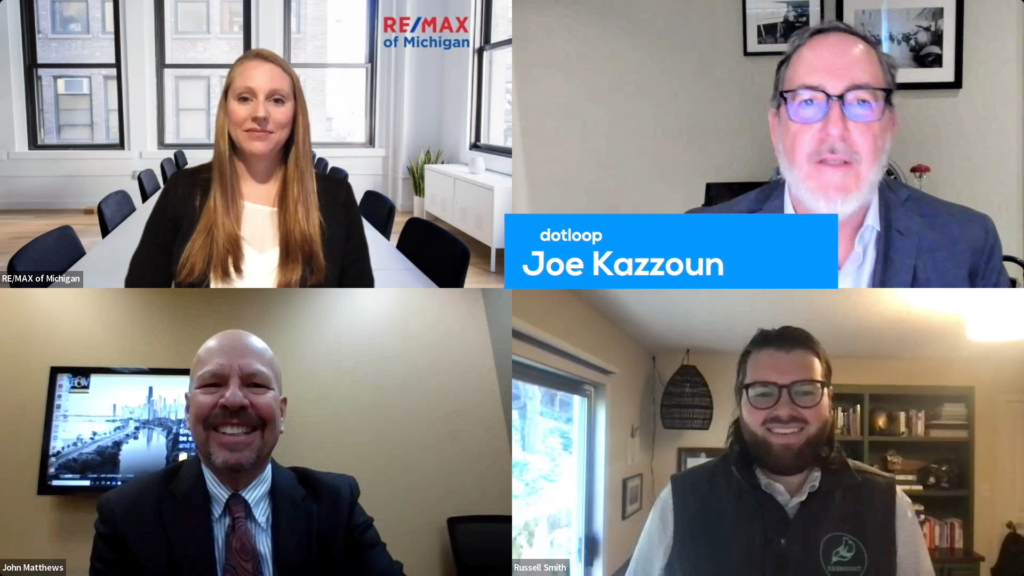