Existing home sales continued their downward slide in July, according to data released on Thursday by the National Association of Realtors.

The report’s key highlights show sales of existing homes dropped 5.9 percent from June and were down 20.2 percent from the same period in 2021, as high mortgage rates combined with inflationary home prices continue to make their mark on the housing market.

“The ongoing sales decline reflects the impact of the mortgage rate peak of 6% in early June,” said NAR Chief Economist Lawrence Yun. “Home sales may soon stabilize since mortgage rates have fallen to near 5%, thereby giving an additional boost of purchasing power to home buyers.”

The sizable drop-off in prices between June and July represents a not insignificant leg up for buyers, but is far from solving affordability problems,  experts said. 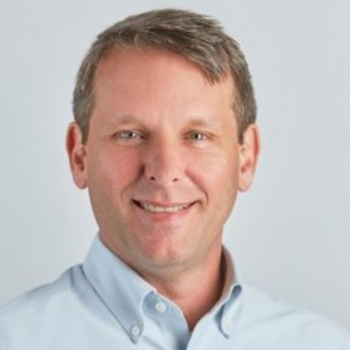 “July’s report on existing home sales confirms that buyers are gaining negotiating power over sellers,” Holden Lewis, home and mortgage expert at the personal finance company Nerdwallet, said in a statement. “It’s normal for prices to decline from June to July, but it’s unusual for them to drop this much. There’s no guarantee that prices will continue to fall. Even if they do, affordability will continue to be a problem for a while: the median price has risen 44% in just three years.”

Properties typically remained on the market for 14 days in July, the same amount as in June and down from 17 days in July 2021. The 14 days recorded are tied with the record low set in June for the number of days on the market since the NAR started tracking the datapoint in 2011.

“We’re witnessing a housing recession in terms of declining home sales and home building,” Yun added. “However, it’s not a recession in home prices. Inventory remains tight and prices continue to rise nationally with nearly 40% of homes still commanding the full list price.”

Total housing inventory at the end of July was at 1,310,000 units an increase of 4.8 percent from June and unchanged from the same point last year, according to NAR. Unsold inventory was at a 3.3-month supply at the current sales pace, up from 2.9 months in June and 2.6 months in July 2021.

Some experts saw the reason for optimism in the July numbers, though they continue to skid, considering the transactions being recorded now likely started in the spring when mortgage rates started their ascent and economic uncertainty hit a peak.

“July data represents transactions that began in April, May and June – arguably the height of economic uncertainty caused by rising mortgage rates, rising inflation and rising gas prices,” Neda Navab, president of national brokerage operations at Compass, said in a statement. “But more-recent economic developments have been more positive – including sustained reductions in gas prices, slowing inflation, stabilizing mortgage interest rates and a recovering stock market – and these developments may yet be reflected in stronger housing data to come.”

7 Warning Signs Your Business Is In Jeopardy