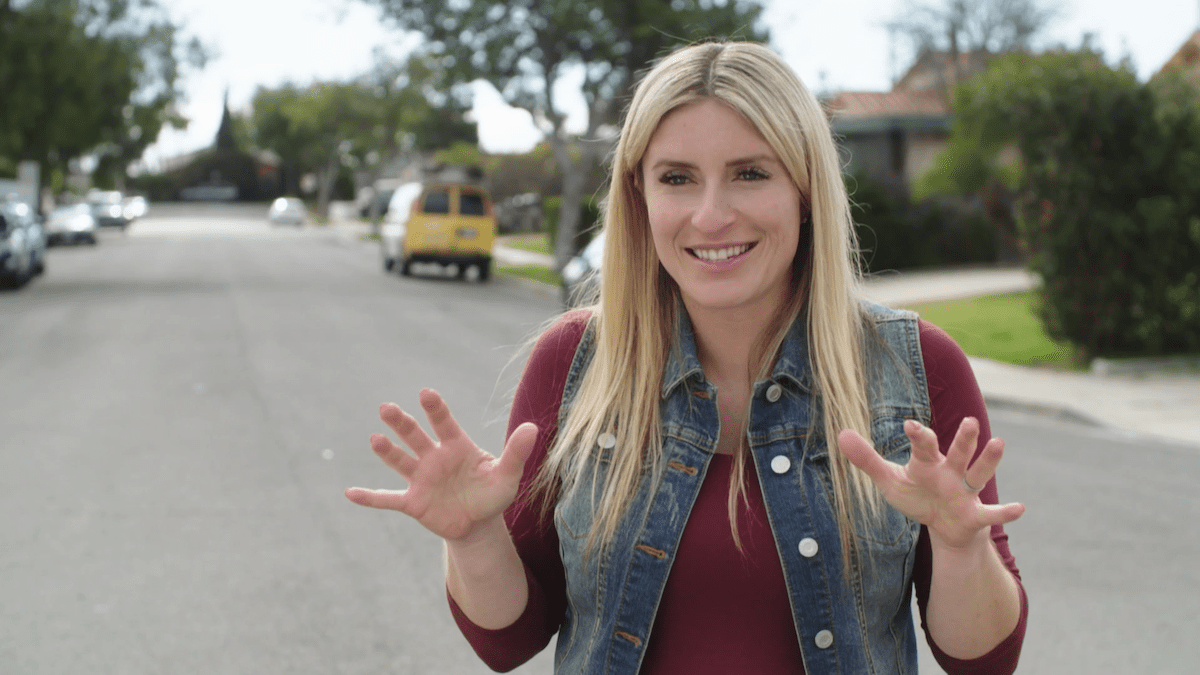 HGTV star Jasmine Roth has made over many homes on shows ranging from “Hidden Potential” to “Help, I Wrecked My House.” So what was it like for her to build her own home from the ground up?

While images of Roth’s gorgeous new home in Huntington Beach, CA, have been splashed across HGTV and social media, one gritty detail that’s easily overlooked was how long it took to build: three years. Furthermore, Roth was pregnant with her first child during that time. Daughter Hazel was born in April 2020—three months before Roth and her husband, Brett Roth, were able to finally move in.

Now that her family has settled in, we were curious to hear how this reality TV star is doing. We learned she is busier than ever, raising her toddler and partnering up with Hunter Fan Co. on a new line of lighting.

We were also surprised to hear that although Jasmine Roth loves her new home, there’s one thing it’s lacking that she hopes to change soon. Here’s what she learned building her own house—and some hard-won lessons that will shed new light on what her home life is really like today.

Now that you’ve settled in to your new home, has a certain feature grown on you as your favorite?

My favorite feature is the secret room. It’s a bookcase, and then it moves to the side and you walk into a little speakeasy. We call it a wine tasting room. It just has a bench in there and a window, and it’s just real small. If you don’t know it’s there, you don’t know about it.

Is there anything in the house you would have done differently?

It took us three years to build, ground up. We started with dirt. And there’s a lot of things I probably would have done differently. It’s interesting how much things change in three years.

So I think at this point, my main thing is we’re trying to figure out a second work-from-home space. We have one office. And now we’re trying to carve out another area where both my husband and I can work from home at the same time, take interviews, talk loud, and not have to worry about waking up the baby or stepping on each other’s toes.

A lot of homeowners have decided to renovate during the pandemic. Where do you suggest they start?

My recommendation is a little bit different than most designers. I think most people would say start in the kitchen. It’s the heart of the home. It’s the most used space. And while I do see the benefit in that, I actually recommend starting in the main bedroom and bathroom, because what we don’t realize is that our sanctity and our ability to reset is usually in that space, right? We come home at the end of the day, we need somewhere that feels like it’s ours.

I can’t even tell you how many times I’ve gone to somebody’s house, and I walk in and I’m like, “This is great! Like, it looks really nice.” And then you open the door to the main bedroom, and it’s like, “What happened here?” Because it hasn’t been touched in 10 or 15 years. I always tease my clients: “You guys, this looks like a dorm room.”

So my recommendation is to start with your bedroom and bathroom and make it a space where you can really recharge, where you feel comfortable. And then I believe that overall feeling of serenity will translate, and you’ll be able to attack the other spaces with a clear head.

Did becoming a mom change your views on design?

I’ve been designing for families for a lot longer than I’ve been a mom, so it’s interesting to see how all of these things that I thought I knew and that I’ve been helping people with, now I get to actually try them out myself.

One thing that I’ve helped my clients with for a long time is decluttering and storage—that’s necessary when you have kids. And so, I recommend this literally every single day to somebody: Buy a big basket. Not a basket the size of your head, not a basket the size of your arm, but like your torso, a big basket, and put everything in there. And it’s amazing how much of a difference that can make.

The other thing that I’m noticing a lot in designing spaces for parents is that, whether it’s a nursery or a playroom, it doesn’t have to be a space that an adult doesn’t want to hang out in. Meaning it doesn’t have to be unaesthetically pleasing. [I’ve been] encouraging my clients to be a bit selfish. Just because it’s a playroom or a nursery, make it nice for us, a space that helps [adults] feel good and proud of the house. Because we’re the ones that care. Kids don’t care. They just want their toys to be there.

Do you have any early design blunders that homeowners can learn from?

I have made so many mistakes! One of the main ones I remember from the early days, and it scarred me so much that I’m hypersensitive to it now, is I designed an entire kitchen. My clients went to move in, and they were like, “OK, where’s the trash can?” And I was like, “Oh man.”

It’s not even that I didn’t build the trash can into the cabinetry, which would have been lovely and there was plenty of space for it. Some kitchens don’t have that, and that’s fine. But I didn’t even consider it. I didn’t have a spot for it.

They had this beautiful new kitchen, and they were going to have to put a trash can right in the walkway. And it was a mess, it was a mistake. And I learned from that. I had to rip out a cabinet, build in a trash, and it never happened again.

Are there any styles or materials that you’re just loving these days?

I know this has been around for a while, but I really like brushed brass. This is something that I just started using, and I’m using it very sparingly. I might still do chrome doorknobs, chrome plumbing fixtures, maybe even still chrome cabinet hardware. I feel like that can elevate the design, it adds a different color and something that’s a little bit special.

Homeowners don’t always have a big budget. Do you have a favorite inexpensive home upgrade?

Paint is probably the least expensive, most impactful thing you can do in a space. But I’m here to tell you that most of the benefit that you get from painting is what you do before painting and what you do right after painting.

Then right after you paint, usually you have this fresh set of eyes to your project and that’s when you can figure out, “OK, can I add a light in this space? Can I rethink the furniture layout? Can I buy a big basket and put some toys in it?”

You’ve worked with homeowners who have messed up their homes. What’s the biggest DIY fail you’ve seen?

Last season, one of my clients wanted to add a wall sconce in the bathroom. So he and his dad ran a wire down, and then they went to cut their light. And they cut into a pipe. And then instead of figuring that out, they were like, “Well, this is where we want the light and there’s a pipe there.” And they zip-tied the brand-new light, with live electrical, to the pipe in the wall, and then just left it.

When I found this zip-tied light/pipe situation, it was terrifying. I wanted to be like, “What are you doing?” Just shake them. But they knew it was wrong, and I’m glad they called me. My advice is to hire an electrician for any electrical projects and also [a plumber] for any plumbing projects. Because I’ve seen some doozies.

As a partner with Hunter Fan Co., what tips do you have for finding the best lighting fixture for your space?

Choosing lights is tough. I do it for a living. But when I saw what Hunter was doing, I knew that I had to be a part of it. They have a wonderful reputation with their ceiling fans, so it was a no-brainer for them to move into lights, and for me, as a designer, picking lighting is challenging.

The challenge is making sure that everything matches. And Hunter has kind of cracked the code to have these collections of lights where every light—whether you have a light in your dining room, above the island in your kitchen, a sconce in your bathroom—they can all match.

You’ve done a ton of reality TV. What’s happening behind the scenes that viewers might not know?

People ask me this all the time, “Where do people go when you kick them out of their house and you start renovating?”

Most people go to a family member’s house or a friend’s house, or they do a short-term rental. One of the funniest stories was on one of my projects. My homeowners had bought their house because their parents lived literally four doors down, right up the street. And so when I kicked them out, I was like, “You’re not allowed to see your house anymore [until it’s finished].” They’re like, “Well, we’re staying four doors down. How are we supposed to get there?”

And so we looked at a map of the neighborhood. And instead of the easy way into the neighborhood, and driving past their own home to get to the house where they were staying, we made them drive all the way around the whole community and enter through the opposite side. It added at least 15 minutes to every single time they came or went. But then that day when they finally drove up and they got to see it, they’re like, “OK, it was worth it.” 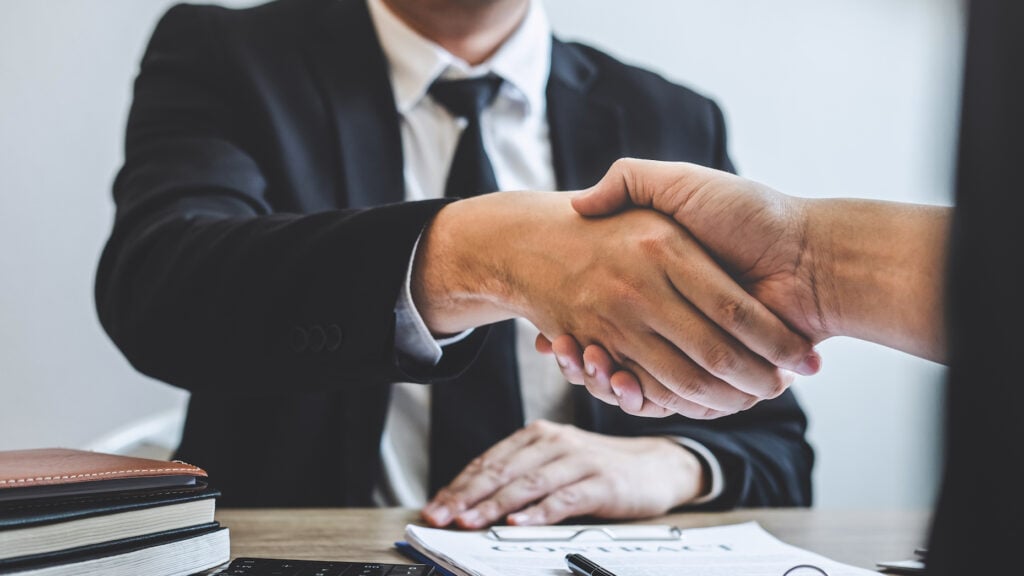