The iBuyer earned about $41 million in profit during the first three months of 2022, beating the results of its also-profitable run at the end of 2021, according to an Q1 earnings call on Wednesday.

Offerpad, an iBuying start up that went public just last year, revealed Wednesday that it has managed to stay profitable for the second quarter in a row, while also earning its highest quarterly revenue to date.

The numbers come from Offerpad’s latest earnings report, which shows that between January and March of this year the company pulled in $1.37 billion in revenue. That’s up 384 percent compared to the same period in 2021. The company also turned a profit of about $41 million. That’s up from a loss of $233,000 during the first quarter of 2021.

A chart from Offerpad’s shareholder letter shows the company’s revenue for each quarter of the last year. Credit: Offerpad

Offerpad previously turned a profit of $12.8 million during the final three months of 2021. The profit was notable at the time because other iBuyers such as Opendoor and (at the time) Zillow were still operating their cash buying business in the red.

Wednesday’s report is similarly significant, showing that the final months of 2021 were not a fluke and that Offerpad has the capacity to be profitable across multiple quarters. 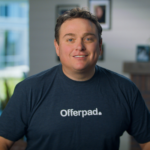 In Wednesday’s report, Offerpad CEO Brian Bair described the first three months of this year as the “best quarter in company history.”

“Not only did we achieve exponential growth, but we continued to grow profitably,” he continued. “Our real estate expertise continues to be an X-factor for Offerpad’s success. It is the foundation on which we’ve layered three key priorities to achieve our exceptional results: strategic application of our proprietary technology, best-in-class operational execution and growth in a disciplined and responsible manner.”

Going into Wednesday’s report, Offerpad stock was trading for around $5.50 per share. That was up for the day and week, but down compared to last September, when the firm went public via a merger with Spencer Rascoff’s special acquisition company (SPAC). At that time, shares rose above $13.

Immediately following the publication of Wednesday’s earnings report, Offerpad’s share price bounced around in after hours trading before finally settling at just under $6 per share. 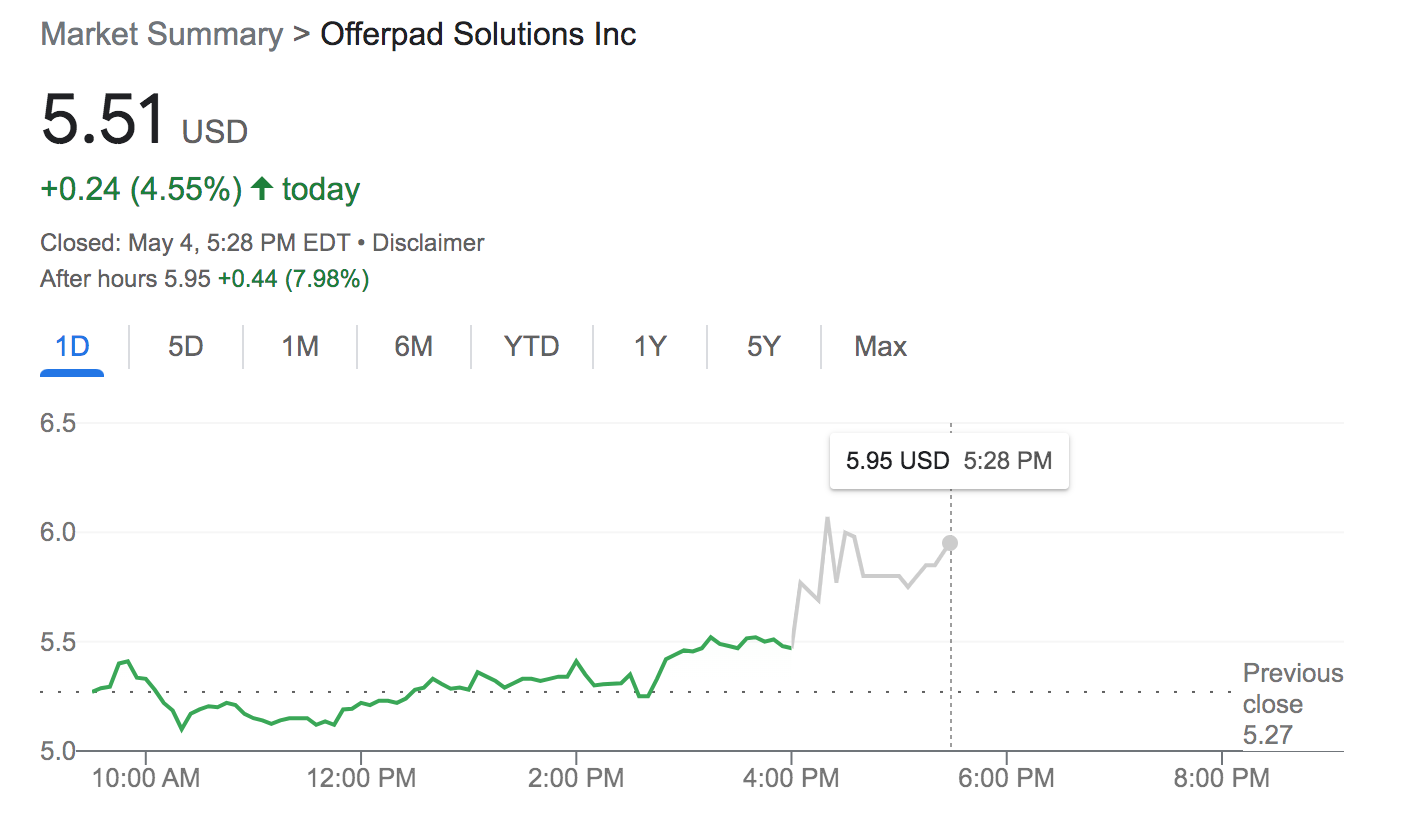 In addition to an earnings report, Offerpad also published a shareholder letter Wednesday that showed the company sold 3,602 homes during the first three months of 2022. It sold 2,856 homes during that period.

The letter goes on to explain that between January and March Offerpad opened three of the eight new markets it plans to launch in 2022. The company also added 600 new zip codes during the first quarter of the year, which increased its service area by 15 percent.

The company’s next market will be Fort Meyers, Florida, according to the letter. That market should open during the second quarter of 2022.

Close observers of the iBuying space will likely find Offerpad’s expansion and profitability particularly notable at this moment. That’s because last fall Zillow, which had been the second largest iBuyer after Opendoor, announced that it was abandoning its cash offer program after burning through hundreds of millions of dollars.

The Zillow news focused attention on the remaining iBuyers and prompted a debate about the sustainability of the concept and the remaining players — though Offerpad and Opendoor both said they were doing fine in the wake of Zillow’s stumble.

The shareholder letter further points out that during the first quarter of this year, Offerpad spent an average of $17,000 per renovation, and took an average of 23 days to finish remodeling homes.

During a call with investors Wednesday afternoon, Bair said the current market is still seeing strong demand from consumers as well as limited inventory. However, even if the market changes, he believes Offerpad can thrive by “leveraging the variety of services we provide” and by leaning “into the advantage of being both a buyer and a seller.”

“Offerpad can continue to grow even if the broader market is slowing,” Bair said, adding later that, “I would tell you Offerpad is built for this.”

Update: This post was updated after publication with additional information from Offerpad’s earnings report, shareholder letter, and a call company leaders held with investors. 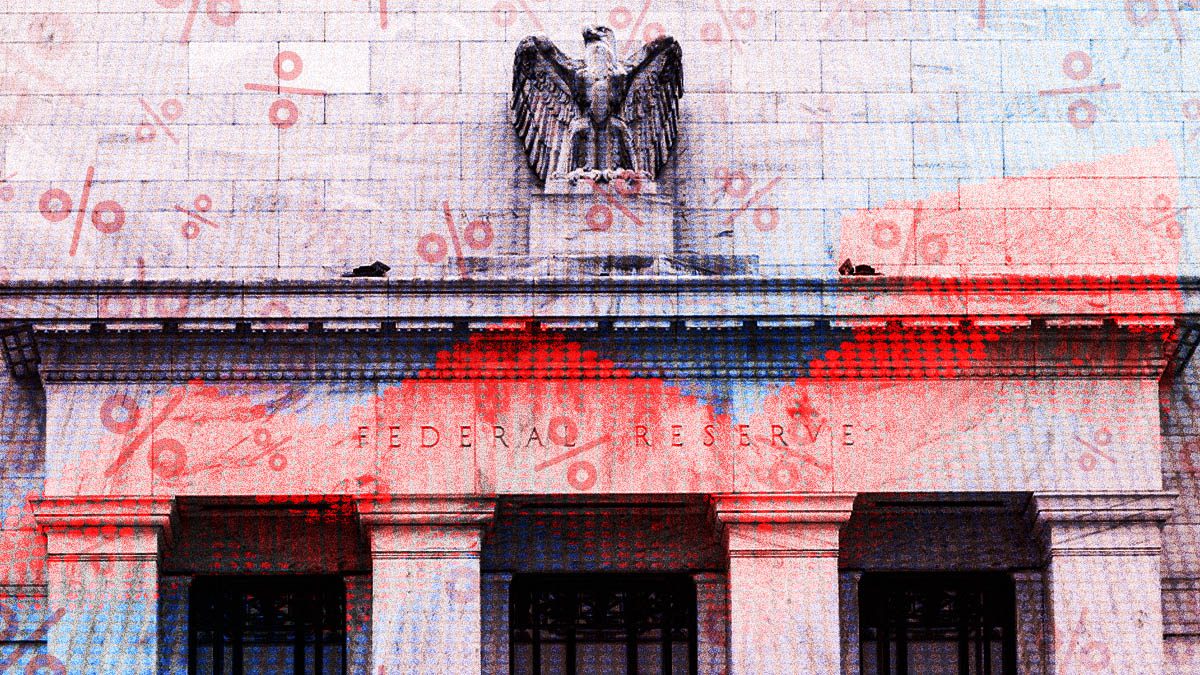 How Much Higher Can Mortgage Rates Go?

Can Michael Eisner Get $225M for His Malibu Compound? 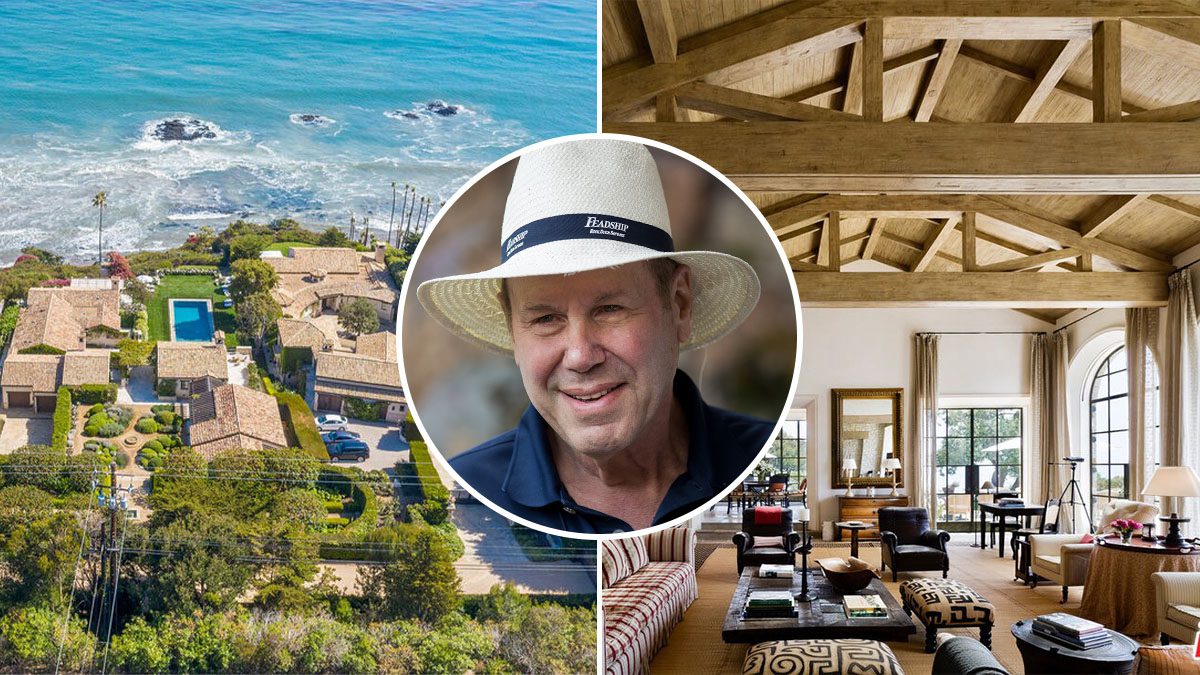