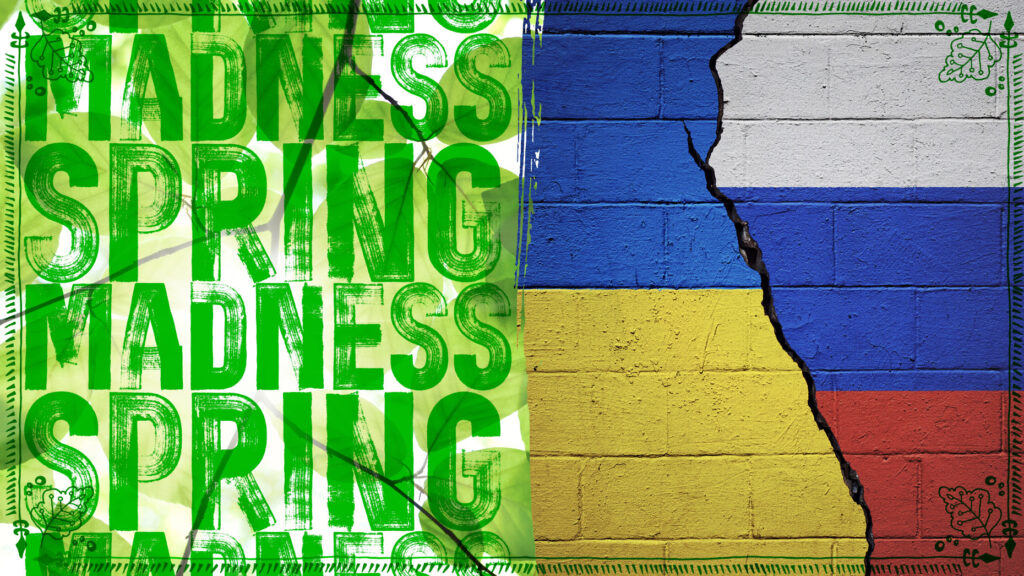 Spring Madness is a week-long Inman series analyzing this year’s spring homebuying season. We’re digging into the state of the housing market, the impact of rising mortgage rates, the role of open houses and the rapidly vanishing starter home, among other big issues. It’s total madness, all week long.

Mortgage rates continue to surge this week, after the Federal Reserve Wednesday implemented its first short-term interest rate hike since 2018, and signalled additional tightening that could put upward pressure on rates.

But rising rates won’t necessarily derail the spring homebuying season, as rates remain low by historical standards and could retreat from recent highs. Lenders who are eager to make up for the precipitous drop in mortgage refinancings are scrambling to win business from homebuyers by relaxing underwriting standards.

While inventory and affordability are challenges, rising mortgage rates should help cool off red-hot home price appreciation, and “power buyers” are ready to help grease the skids for first-time and move-up homebuyers in many markets.

“The invasion of Ukraine by Russia is causing tremendous human and economic hardship,” Federal Reserve policymakers said Wednesday, in announcing a 25-basis point increase in the federal funds rate. “The implications for the U.S. economy are highly uncertain, but in the near term the invasion and related events are likely to create additional upward pressure on inflation and weigh on economic activity.”

“With the unemployment rate below 4 percent, inflation nearing 8 percent, and the war in Ukraine likely to put even more upward pressure on prices, this is what the Fed needs to do to bring inflation under control,” said Mike Fratantoni, chief economist at the Mortgage Bankers Association, in a statement.

Fratantoni noted that the Fed doesn’t expect inflation to drop back to its target level of 2 percent inflation until after 2024.

Although the Fed doesn’t have direct control over mortgage rates, it played a major role in bringing down rates during the pandemic by increasing its holdings of mortgage-backed securities and Treasurys by $120 billion a month.

Having wound down its “quantitative easing” program, the Fed now says it wants to begin reducing its nearly $9 trillion balance sheet “at a coming meeting” — a move that could put more upward pressure on mortgage rates.

“Although we anticipate that shrinking the balance sheet will begin this summer, we will be looking for details regarding the pace of the runoff and whether they would consider active MBS sales at some point to return to an all-Treasury portfolio,” Fratantoni said.

The MBA is forecasting that mortgage rates will rise to around 4.5 percent over the next year — a level they’ve already achieved, since the Fed has been broadcasting its intention to raise short-term rates, and start paring down its balance sheet.

The Fed is just one of many players in mortgage markets, and institutional investors could pile back into mortgage bonds if repercussions from the war in Ukraine — including soaring energy prices — slow economic growth.

Mortgage rates have been on a rollercoaster ride in recent weeks, dropping when investors seeking a safe haven from turmoil in the stock market pour money into government bonds and mortgage-backed securities (MBS). When bonds and MBS are in demand, that makes them more costly to buy, bringing yields down. Conversely, fears about inflation make investors wary of bonds, driving prices down and yields up.

“Mortgage rates have been exceptionally volatile in recent weeks, given the profound uncertainties both with respect to the geopolitical situation and monetary policy,” Fratantoni said. “Hopefully, the Fed’s actions and explanations can help to reduce the policy uncertainty, which would then diminish some of the current volatility.”

In a forecast released Thursday, Fannie Mae economists said they expect mortgage rates to stabilize at closer to 4 percent this year and next — a level that would be easier for homebuyers to stomach, but too high for many existing homeowners to refinance at a lower rate.

“We expect home purchase loan volume to hold up reasonably well but refinance activity to fall off considerably over our forecast horizon, perhaps totaling only a third of originations, unless there is a drop in mortgage rates, which we do not expect,” said Fannie Mae Chief Economist Doug Duncan, in a statement. “Nonetheless, from a historical perspective, mortgage rates around 4 percent for fixed-rate loans is still a consumer-friendly rate for a home purchase.”

At a press conference following the conclusion of Wednesday’s meeting, Federal Reserve Chairman Jerome Powell said the Fed is prepared to adjust its stance as the situation evolves.

“As we noted in our policy statement, the implications of Russia’s invasion of Ukraine for the U.S. economy are highly uncertain,” Powell said. “In addition to the direct effects from higher global oil and commodity prices, the invasion and related events may restrain economic activity abroad, and further disrupt supply chains, which would create spillovers to the U.S. economy through trade and other channels.”

Volatility in financial markets “could tighten credit conditions and affect the real economy,” Powell said. “Making appropriate monetary policy in this environment requires a recognition that the economy often evolves in unexpected ways. We will need to be nimble in responding to incoming data and the evolving outlook and we’ll strive to avoid adding uncertainty to what is already an extraordinarily challenging and uncertain moment.”

Although rates are rising, mortgage lenders have been relaxing underwriting standards, making it easier for borrowers to qualify for a loan.

The Mortgage Credit Availability Index (MCAI), a Mortgage Bankers Association report that analyzes loan data including credit scores and loan-to-value ratios, shows credit availability increased in February to its highest level since May 2021. 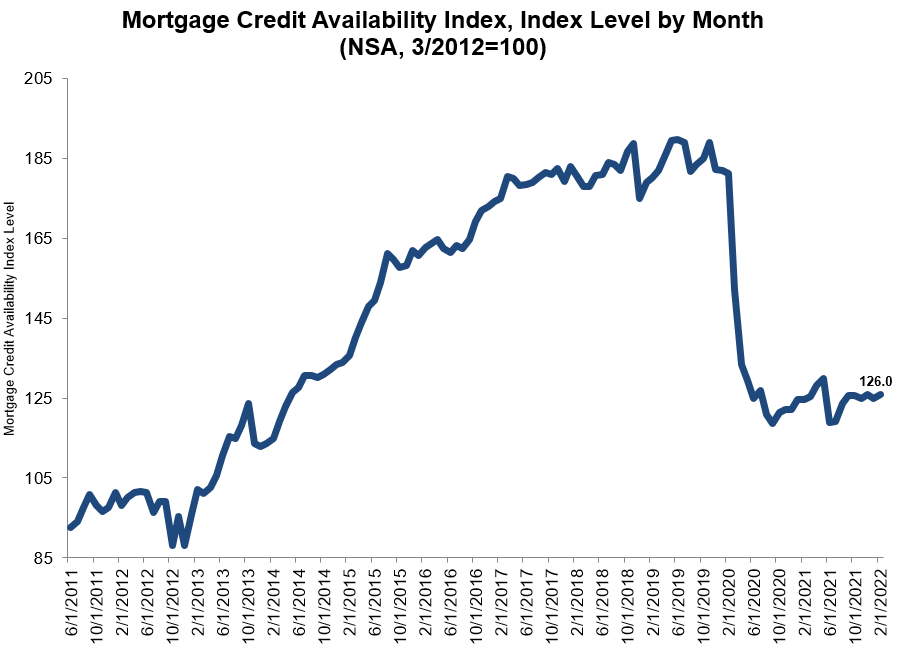 The index, which is benchmarked to 100 in March 2012, plummeted at the onset of the pandemic to levels not seen since 2014. Recent improvements have been driven by growth in jumbo loan programs, as well as those that include allowances for ARMs and expanded credit score and LTV requirements, said Joel Kan, MBA’s Associate Vice President of Economic and Industry Forecasting.

“In a period of rising mortgage rates, affordability challenges, and declining volume, lenders have made efforts to slightly broaden their product offerings,” Kan said.

Rocket Mortgage CEO Bob Walters told Inman that after the financial crash and 2007-09 recession, “you saw substantial tightening,” but that with the introduction of the qualified mortgage rule and other standards, “it found its footing.”

“For five to seven years now, underwriting standards have been expanding, not dramatically, but somewhat expanding,” Walters said. “And then there’s also a significant push right now by Fannie Mae and Freddie Mac, to look at ways to be more inclusive in their lending — to look at low to moderate income borrowers, to historically disadvantaged borrowers, and looking at alternate forms of credit and things like that. So that’s another area where we’re seeing I wouldn’t call it a loosening of standards, but I would call it a more inclusive way to think about underwriting.”

Rising mortgage rates are expected to cool home price appreciation, but may also dent sales, according to forecasters at Fannie Mae.

Affordability is a concern, with the percent of median household income required to pay the mortgage on a median-priced home using current mortgage rates now eclipsing the last cycle’s high, reached in late 2018, and near levels comparable to the early 2000s prior to the bubble years.

That’s particularly true for borrowers at the lower end of the credit spectrum making smaller down payments. Those borrowers can expect to pay higher rates, currently approaching 5 percent.

But the good news is that Fannie Mae economists expect home price appreciation to decelerate to 7.6 percent by the end of this year, down from 17.3 percent in the final three months of 2021. New single-family home construction should help offset some of the impact of continuing shortages of existing homes, and help affordability. 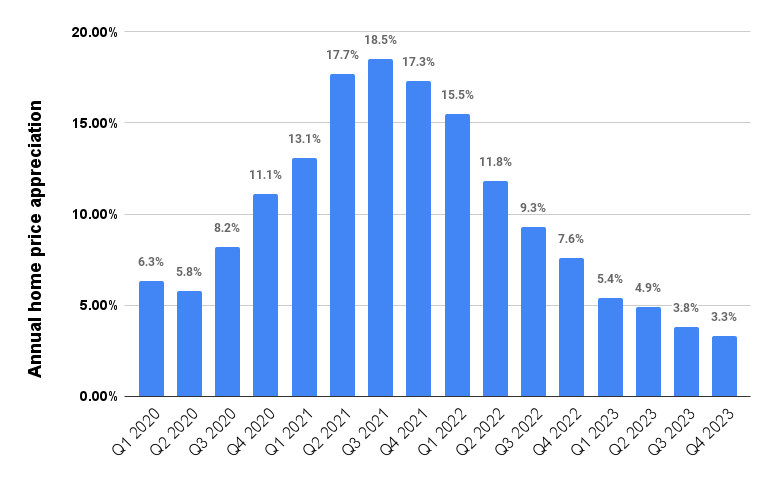 Power buyers to the rescue?

In a Twitter thread Tuesday, Redfin CEO Glenn Kelman said there’s a misconception that rising rates affect homebuyers more than home owners — limiting demand, not supply. But that ignores the fact that many homeowners can rent their homes out for more than their monthly mortgage payment, he said.

The monthly payment for a median-priced U.S. home with a 2.65 percent mortgage is $1,264, Kelman wrote. But if that home will rent for $1,900, many would-be sellers would rather have the $600 a month difference.

“That difference is why investors and individual homeowners would rather rent than sell,” Kelman wrote. “The Fed’s actions saved the economy in 2020, but will limit housing inventory for 30 years to come. The bidding wars created by this inventory crunch have been the worst I’ve seen in 17 years.”

A growing number of power buyers say they’re ready to help first-time homebuyers compete with investors by making cash or “cash-like” offers, and enable move-up homebuyers to buy before they sell.

“For those folks who are trying to buy an $800,000 home, yes, they can afford it — but they can only afford it if they sell their home,” said Ribbon co-founder and chief technology officer Wei Gan. “For us, it’s really important to unlock that piece for them — because if we think about helping that person guess what? They’re selling their $600,000 home to another move up buyer, or a first time homebuyer.”

Ribbon recently upped its purchase limit to $1 million and expanded into new markets. Affordability, Gan said, “is this kind of giant chain of events — there’s like five different transactions that are going on the exact same time, all contingent on something happening on another home.” 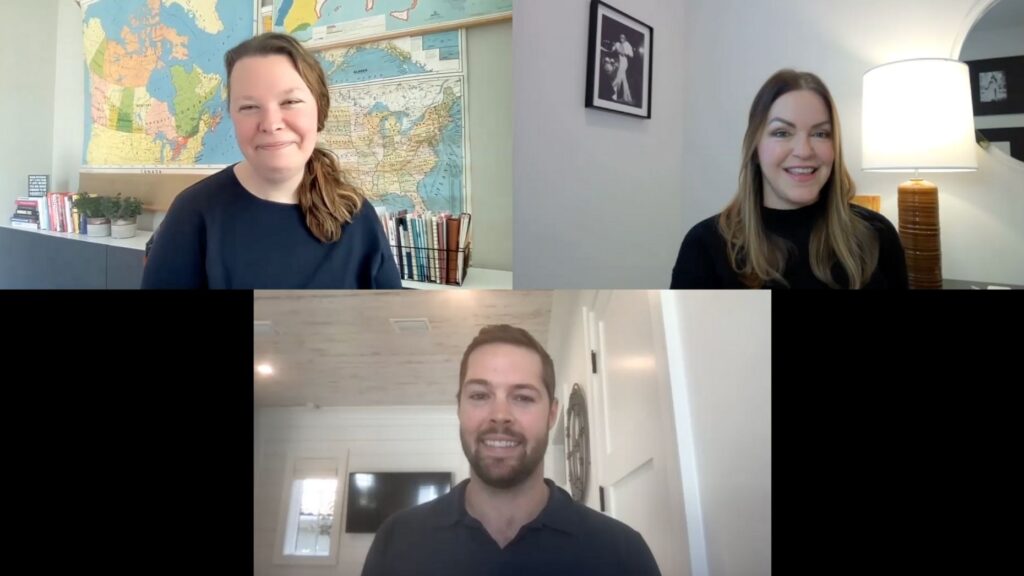 How To Win The Current Market? Invest Wisely And Prepare For A Shift

TikTok Or Door Knock? 3 Brokers On How Agents Can Win Big This Spring 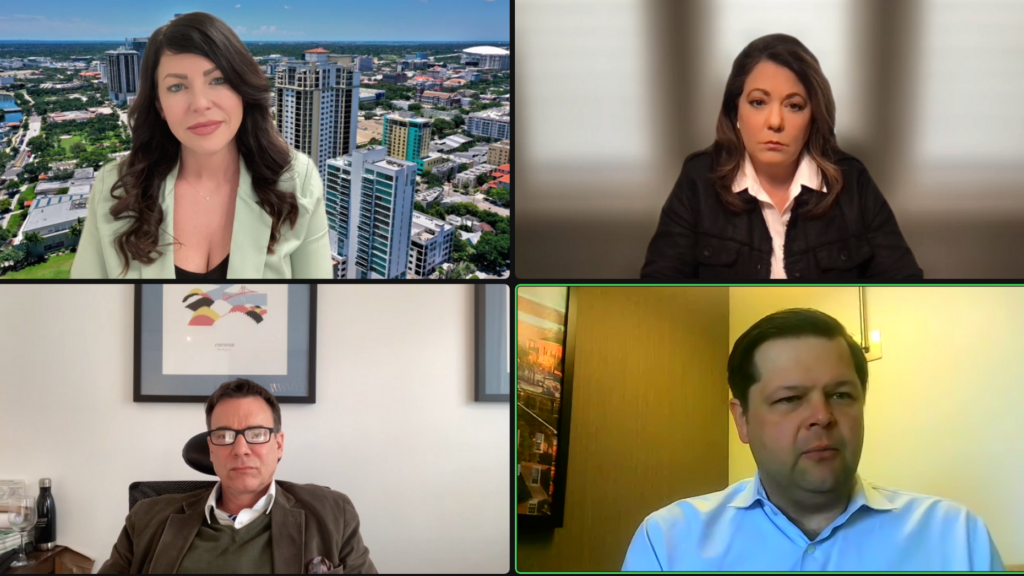