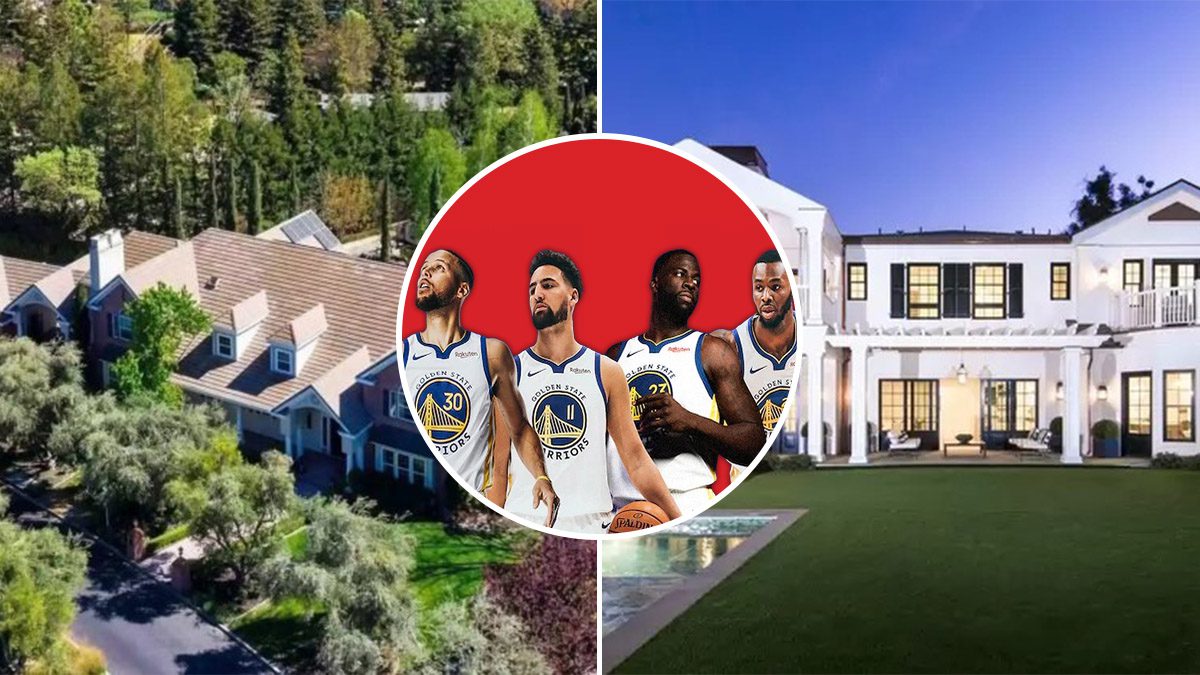 When we last looked at the homes of the Golden State Warriors, they were finishing up their penultimate season in Oakland, CA. Now they’re back in the NBA Finals for the sixth time in eight seasons, and we’re ready to peek at their latest off-court real estate moves.

Four years have passed since we dove deep on the Dubs, and the team has since moved across the bay into a new arena in San Francisco.

Bay Area basketball stars—they’re just like us! Anyone who has dealt with an office move knows that quality of life and commute considerations come into play.

While the franchise moved a scant 16 miles, it did shift the real estate market a bit. Bay Area traffic is real and doesn’t let up simply because you’re a superstar. For the wealthy players populating the team’s roster, most of the incentives to remain in the East Bay disappeared.

It made sense to avoid the arduous and gridlocked crossing of the Bay Bridge and either make a home in San Francisco or set up a new home base along the peninsula.

In our look at the homes of today’s Warriors stars, we found a couple of big names now situated in tony communities along the peninsula—much like the man who signs their checks.

However, as far as we can tell, one player is a definite iconoclast in more ways than one and hasn’t (yet) made a move across the bay.

Klay Thompson is back

In 2018, we couldn’t pinpoint Thompson’s residence. As he helped lead the team to three titles, it was cited as a place with a revolving cast of housemates.

But now we’ve got a bead on the sharpshooter’s home in Oakland and an LLC tied to the superstar.

And his home happens to be just down the street from the mansion former Warriors teammate Kevin Durant rented. Thompson purchased the place brand-new in April 2016 for $2.44 million.

Set behind a gate, the five-bedroom, Mediterranean-style residence was marketed as offering “spectacular views.” More importantly, it comes with a one-bedroom casita that’s ideal for any guest who needs to spend a night or two.

Thompson probably didn’t spend much time at the home over the past couple of years as he recovered from a series of serious injuries. As we noted in 2018, Thompson also owns a home overlooking the ocean in Dana Point, CA, that he snagged for $2.2 million in 2015. When not traveling with the team in 2019 or 2020, the SoCal native likely split his time between the beach and the Bay Area.

As for the trek to work, Thompson came up with an ingenious idea that fits his quirky M.O.

Rather than sit in miserable traffic on the Bay Bridge, the three-point specialist commutes to the Chase Center in his own 37-foot fishing boat.

Curry’s been busy off the court in the real estate arena. But unlike his Splash Brother, Curry left the East Bay for the most expensive town in America.

First, let’s dial it back to 2013, before Curry was a three-time NBA champion. He had signed a sweet $44 million extension with the Warriors, but he wasn’t quite a legend yet. He took some of his earnings and bought a $3.1 million, 4,900-square-foot home in the sleepy suburban town of Orinda.

As his stardom—and his family—began to grow, he bought a much larger 7,894-square-foot home in Walnut Creek in November 2015 for $3.2 million. He sold the Orinda home in June 2016 for $4.65 million, a solid return on that investment.

But after a privacy scare at the Walnut Creek mansion, Curry dialed up a new play and listed the home just a year after buying it. In a rare loss for the MVP, the home was finally sold in August 2017 for $2.94 million, which was far less than the $3.7 million list price.

When we checked on him four years ago, Curry made his primary home in the hills of the East Bay in the exclusive enclave of Alamo.

He splurged on a smaller, second home less than a mile away in April 2018 at a cost of $6 million. Both homes were short-term fixes for the superstar, who had his eyes on a place where he wouldn’t have to cross a bridge to get to work.

Curry heats up in Atherton

With a couple of $200 million contracts in his back pocket, Curry can afford homes in Atherton. The 94027 ZIP code isn’t as famous as 90210, but it is the country’s most expensive.

Best of all from Curry’s perspective, it’s a relatively easy jaunt up 101 or 280 to San Francisco.

In this sedate suburb, huge mansions sit behind big gates on unassuming and quiet streets and tall hedges keep prying eyes at bay. It’s home to an array of venture capitalists, CEOs, and elite athletes.

So as the team’s move to San Francisco drew closer and he divested his East Bay holdings, Curry purchased a brand-new 11,860-square-foot mansion in Atherton in June 2019 for $31 million.

End of story? Not so fast. Curry deked us all when he quietly sold that Atherton mansion last September for $31,150,000.

His destination? An even bigger 17,761-square-foot mansion just a couple of miles away—also in Atherton.

Curry bought the brand-new, seven-bedroom home on a 2-acre lot in December 2020 for $30 million. Photos of both places are scarce, but his new place is a multistory modern showpiece with a bright and light interior. It’s also just down the road from his boss’ mansion.

As we reported four years ago, the Warriors owner also makes his main home in Atherton. His 10,355-square-foot mansion sits just a couple of streets over from Curry’s new place.

Besides that luxe home, Lacob owns a place in wine country in St. Helena, CA, that he purchased in 2011 for $9 million and a mansion right on the golf course at Pebble Beach, CA.

The only splurge we’ve seen Lacob make over the past four years was a sizable one.

He went all-in on a $29.1 million mansion in Malibu, CA, in July 2019. The newly renovated three-level home on Carbon Beach sits on Pacific Coast Highway behind gates. Spectacular views of the ocean can be taken in from just about anywhere thanks to disappearing windows that allow for an enviable indoor-outdoor flow.

We weren’t able to pin down the defensive stalwart anywhere in the Bay Area, but Draymond Green reportedly keeps a place close to the Chase Center in a luxury high-rise.

In August 2020, he put down additional California roots in what might be considered enemy territory. Green spent $9.6 million on a luxury six-bedroom home in L.A.’s Brentwood neighborhood. Marketed as an “unforgettable custom compound,” the home was initially listed in January 2020 for $12 million.

The mansion comes with a library, home theater, and wine room.

And if he follows through on plans to become a fixture on TNT’s “Inside the NBA” once his playing days are done, we suspect the wily Green also keeps a close eye on homes in the Atlanta area.

The man with almost as many rings (eight) as he has fingers also keeps homes in both Northern and Southern California.

When we investigated the homes of the Michael Jordan–era “Last Dance” Chicago Bulls, we found that Steve Kerr stays in the sunny San Diego area at a mansion in Rancho Santa Fe, CA, in the offseason.

During the season, the coach lives in San Francisco, where he bought a $7.35 million home in the Presidio Heights neighborhood in 2018.

When he was acquired by the Warriors in 2020, Wiggins had spent five-and-a-half mostly uninspiring seasons with the Minnesota Timberwolves. The first guy taken in the 2014 NBA draft, he hadn’t quite lived up to the hype and was labeled as a player who put up solid numbers on bad teams.

Since his move to the West, the script has flipped. Now a key member of the starting five for the Warriors, Wiggins is chasing his first ring.

He’s also put down roots in a tiny town known for huge mansions and quiet, hilly streets. Hillsborough is nearly as nice as Atherton, but it’s farther north and closer to the Chase Center.

It’s also a place stuffed with multimillion-dollar mansions. Right now, there are only 34 homes for sale in the town with a median list price of $6.5 million.

In December 2020, Wiggins spent $4,575,000 on a gated five-bedroom home high up on a hill that also happens to sit very close to the 280 freeway. When it was on the market, the home was touted as being “like new” with a “modern interior by a well-known designer.”

Still holding on to Minnesota mansions

But Wiggins’ Bay Area home pales in comparison to his holdings back in the Land of 10,000 Lakes.

He still owns a downtown condo in Minneapolis that he purchased for $560,900 in June 2019 as well as a five-bedroom lakefront home in the Twin Cities suburb of Chaska, MN, that he bought for $1.8 million in 2018.

However, his grandest holding in Minnesota is an 11,348-square-foot mansion that he bought in December 2018 for $3.15 million.

Located right next to the Interlachen Country Club in Edina, MN, the residence sits on a golf course and was marketed as striking “a balance between a private retreat and an entertaining delight.” The initiation fee for the private club is reported to be over $100,000, a number Wiggins can easily afford.

New to the Warriors this season, the veteran Porter is also in pursuit of his first ring.

We weren’t able to locate where Porter stays in the Bay Area, but the fact that he signed a one-year deal with the Dubs suggests he’s probably renting a place close to the Chase Center.

But when the season ends, Porter will treat himself to some rest and relaxation in the Sunshine State. In January, he scored a seven-bedroom mansion in Pinecrest, FL, for $9.25 million. It was listed for $10,498,000 last summer and offers “incredible high-end finishes.”

Sedate and sleek, the modern home just south of Miami looks like the perfect spot for some well-earned downtime.

Speaking of renting versus buying, big man Kevon Looney hasn’t put down full-time roots in San Francisco. This might change given his performance in the 2021–22 season, especially during the team’s playoff run.

His contract is up when the Finals finish, and he’s set to earn a sizable payday—to either remain a Warrior or take his stellar rebounding talents elsewhere.

We’ll assume his house hunt will begin once his contract situation is settled later this summer, but until then Looney will remain in his rental house in the city’s Outer Richmond neighborhood.

The three-level, five-bedroom home was on the rental market last August at a steep price of $8,000 a month. That’s tenant life in the big city. 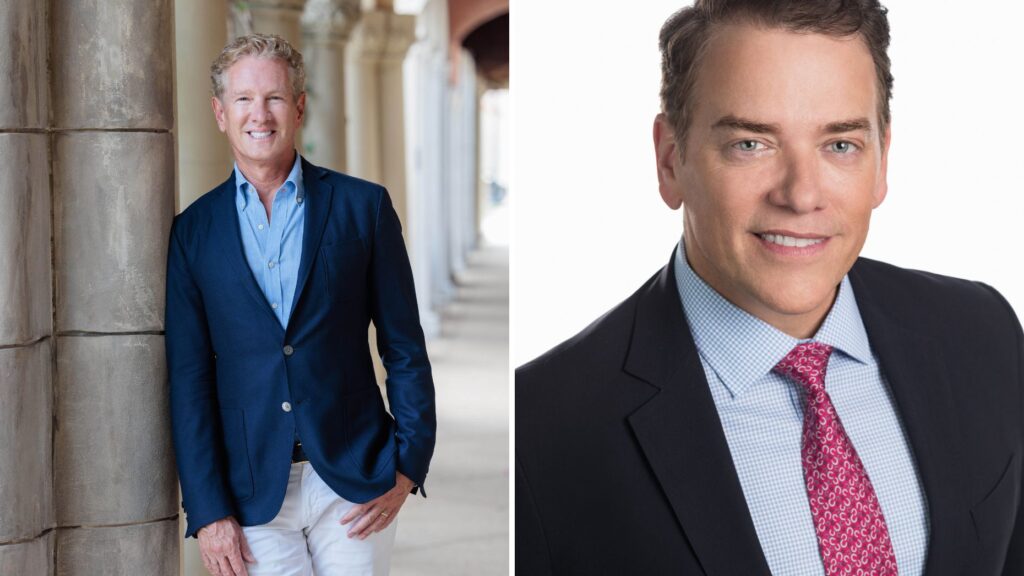 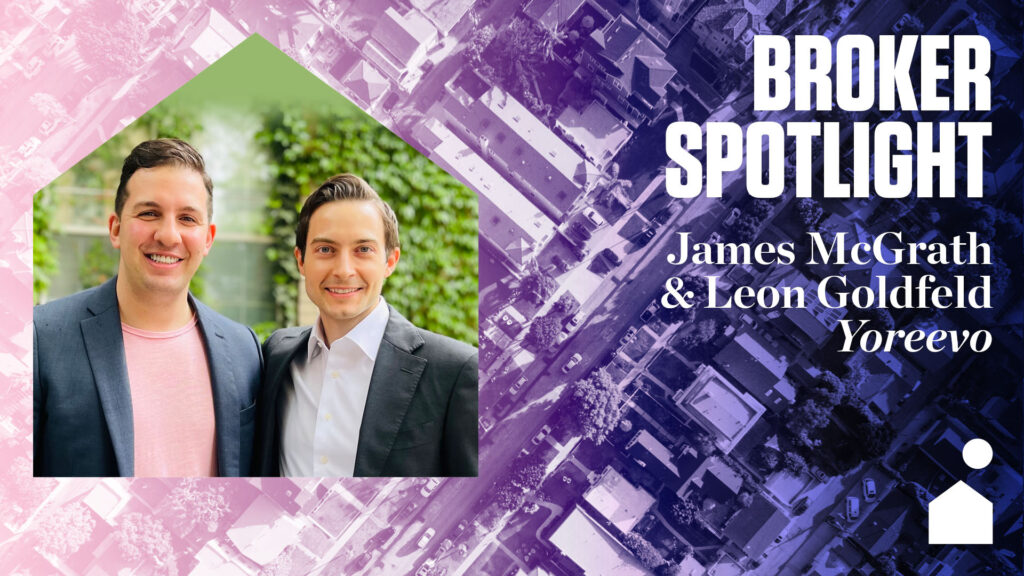