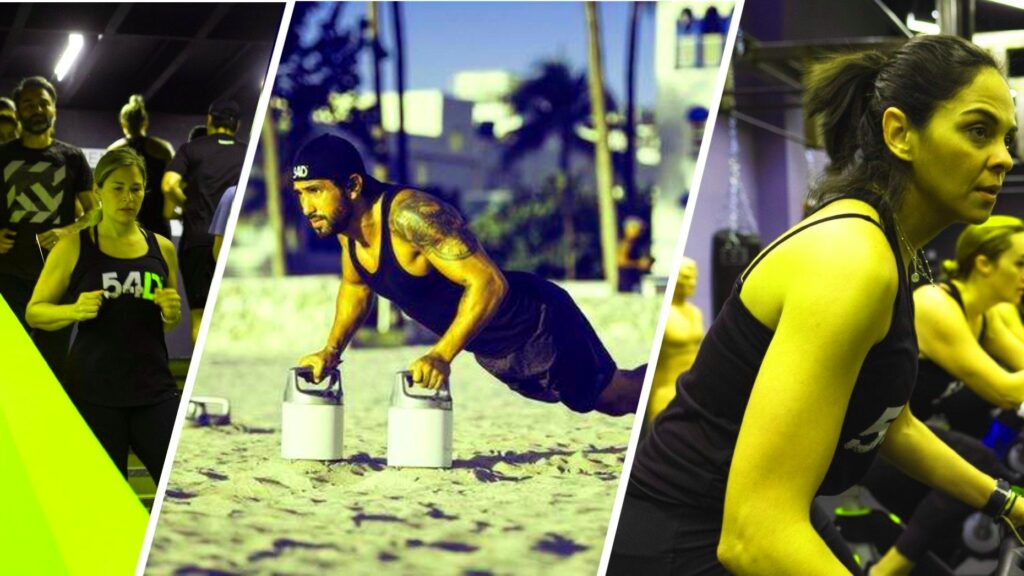 Amidst a bout of the company’s financial woes, the golden age of the Peloton may be coming to a close.

But luxury real estate agents tell Inman a new fitness craze that began gaining momentum during the pandemic has got them all fired up — 54D.

“You become addicted to [54D] because you count on these people day in and day out and it’s like your therapy,” Barbara Estela, a Realtor with One Sotheby’s International Realty in Coral Gables, told Inman. “It’s like my coffee in the morning — instead of my coffee, I’m like, ‘I want to go to the gym!’”

54D is a high-intensity 54-day, nine-week fitness training, nutrition and recovery program that was founded in 2012 in Mexico City by former professional soccer player Rodrigo Garduño. It’s currently offered live in studios in Miami, Mexico City and Bogotá. Participants stressed to Inman that it’s not just a gym program, but a lifestyle. Garduño calls it a “human transformation program.”

The program is no joke compared to other fitness regimens like it. Participants who want to join can’t just show up and expect to be let in. There’s an interview process where coaches determine if you’re mentally and physically up to the challenge. Then, once they determine an applicant is fit for the program, the applicant must sign a contract stating they’ll commit entirely, which means one hour a day, six days a week for 54 days.

Participants who miss more than three days of the program are kicked out. (They’ll also be refunded the cost of the program at a prorated rate from however many classes they’ve attended.)

There are several classes available per day, but participants are also expected to stick with one class time once they begin, which helps create a team-like mentality among the approximately 20 to 30 people accepted into each class. 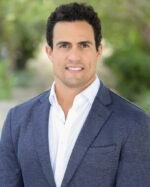 All those rules — including the strict nutrition plans that promote clean eating and avoiding alcohol and a $3,900 price tag — amount to a pretty big commitment. But luxury agents Inman spoke with said it’s worth it.

Angel Nicolas of the Nicolas Group at Compass in Miami, who has a background as an athlete (he was briefly contracted with the San Francisco Giants years ago before an injury put him out of commission), said the program helped him get out of a fitness rut, and he and his wife have been hooked ever since they first tried it back in 2018.

“It’s about the mentality of breaking through that barrier, breaking past your limitations every single day and doing things that you don’t think you can do,” Nicolas told Inman. “When you’re in that kind of environment, where everyone is going through that same struggle, by the second week there’s a strong bond, and then by the fourth week, you feel like brothers, you feel like you’re part of a team.”

The beginning of the pandemic obviously disrupted the program for a bit with gyms being shuttered. But founder Garduño didn’t want members of the program feeling like they were left on their own. So he took to Instagram Live and started streaming classes that were open and free to anyone and it helped the program’s following explode.

54D’s CEO, Omar Yunes, told Inman in an email that the number of devices logging in to watch those first Instagram Live sessions started at about 600, and within about three weeks, escalated to about 35,000 devices logging in live. In addition, about 120,000 devices were streaming classes on demand after they had aired live. 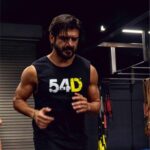 “[Rodrigo’s] idea was to use these free sessions [during the pandemic] as a way to get your body moving, and therefore, having it release hormones that help you fight anxiety and stress and to keep your mind distracted by having at least one thing to look forward to every day,” Yunes said. “Sometimes just doing the right thing for the right reasons is the ways to go, and this proved to be the case.”

Estela is one of the individuals who first found 54D virtually in those early, dark pandemic days.

“I started in the pandemic when I myself was super depressed,” Estela said. “And I hurt at the beginning. My body was hurting and I wanted to give up … but I’ve never given up anything in my life — I mean, I’m a Realtor. And it’s definitely helped me with work. It’s helped me, when I negotiate something, in being assertive, how to have more self-confidence.”

Estela did actually end up abandoning the virtual classes after a few weeks because she’s “not a person to do things online,” she said. But it was enough to give her a taste of the program and to know she had to join one of the in-person cycles as soon as they became available again. She was able to take advantage of that opportunity in the summer of 2021, and has been going strong ever since.

Garduño still hosts free Instagram workouts once per week, but now 54D also officially has an online program people can register for at a cost of $385 per nine-week cycle, and which requires no special equipment other than an exercise mat.

Once 54D became a program that wasn’t tied to physical locations in select cities, Nicolas said he started hearing about people in his network across the country jumping on the 54D train.

That surge in popularity has the company eyeing multiple U.S. cities and locations in Latin America for expansion of its studios through 2023, including in New York City, Los Angeles and two other major U.S. metro areas that have yet to be determined, Yunes told Inman. The company will also soon be launching a new outdoor program called 54D Runners, catered to the program’s graduates who want to focus on running as a discipline.

So what makes the program especially appealing to luxury real estate professionals? Among the agents Inman spoke with, it helps them polish character traits inherent in many luxury agents that help them succeed. 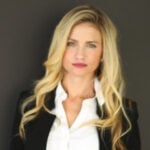 “It gives you the discipline to show up every day on time for 54 days,” Valentina Ghersi, an agent at the Nicolas Group at Compass in Miami, told Inman. “The energy in the room just truly gets you going … it just adds to your life in every sense.”

“For real estate agents, I think it’s phenomenal because the connections you make there are great,” Nicolas said. (The program has been touted by celebrities like Alex Rodriguez and Adriana Lima.) “But outside of networking, it’s a program where they never start late, they always finish on time and it helps you create structure in life outside of the gym.”

Yes, the program is a physical one that trains the body, Estela said, but it also is very much a mental training program that “pushes you to the next level.”

“You have this community of individuals who are professionals, which is why I think a lot of Realtors are involved in it,” she said. “It teaches you time management, it teaches you commitment, it teaches you a lot about yourself, to be quite honest. Because at that moment when you’re training, the only person that makes it or breaks it is you.”

Get Inman’s Luxury Lens Newsletter delivered right to your inbox. A weekly roundup of all the biggest news in the world of high-end real estate delivered every Friday. Click here to subscribe. 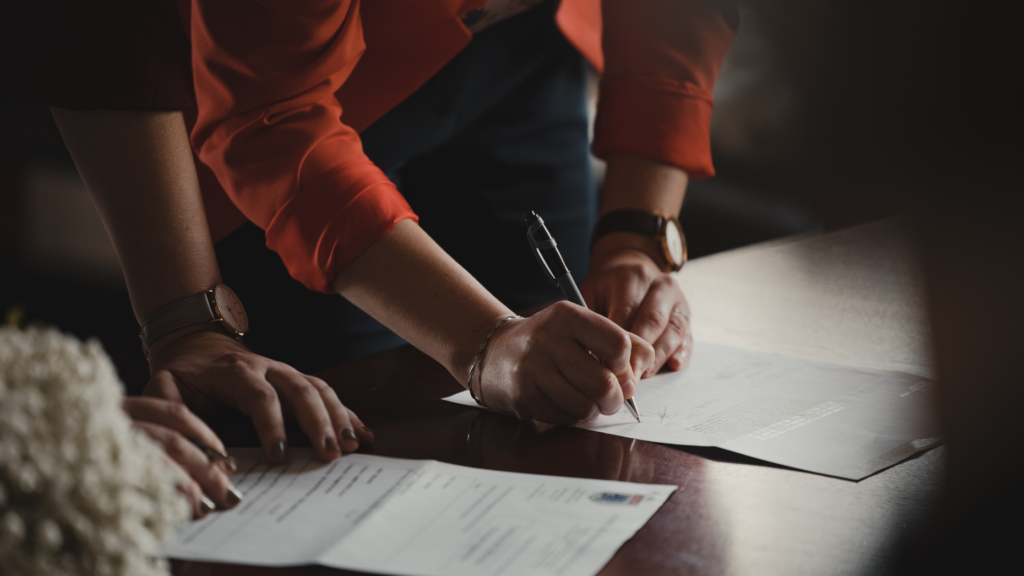 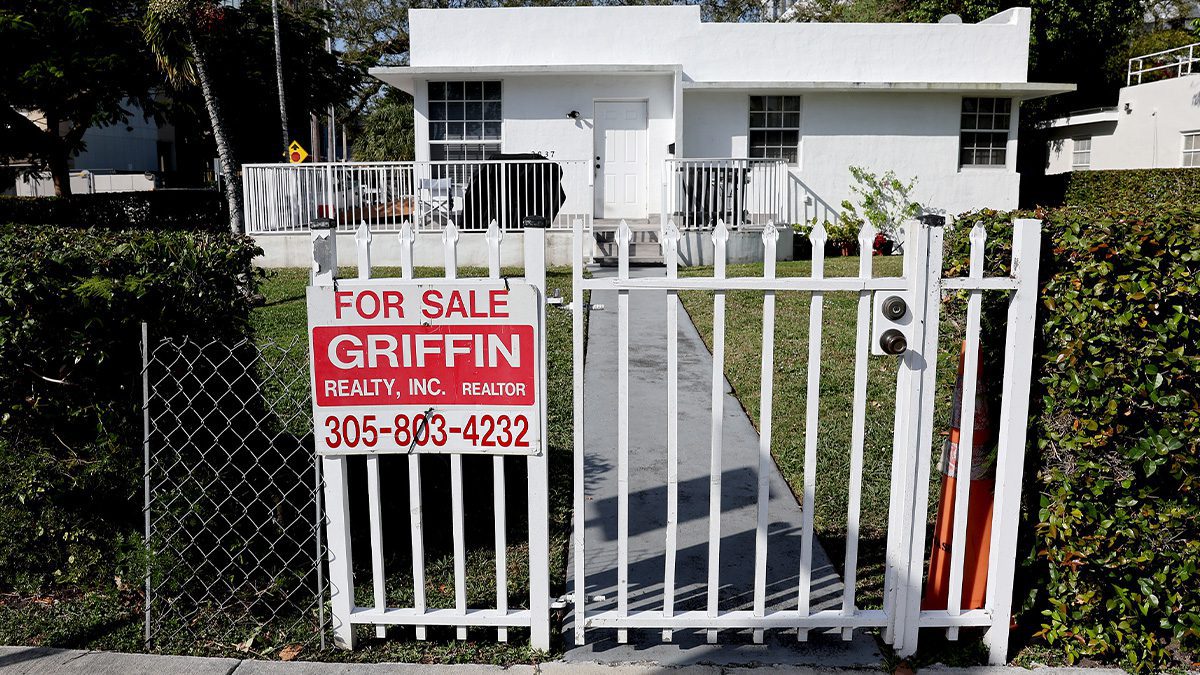