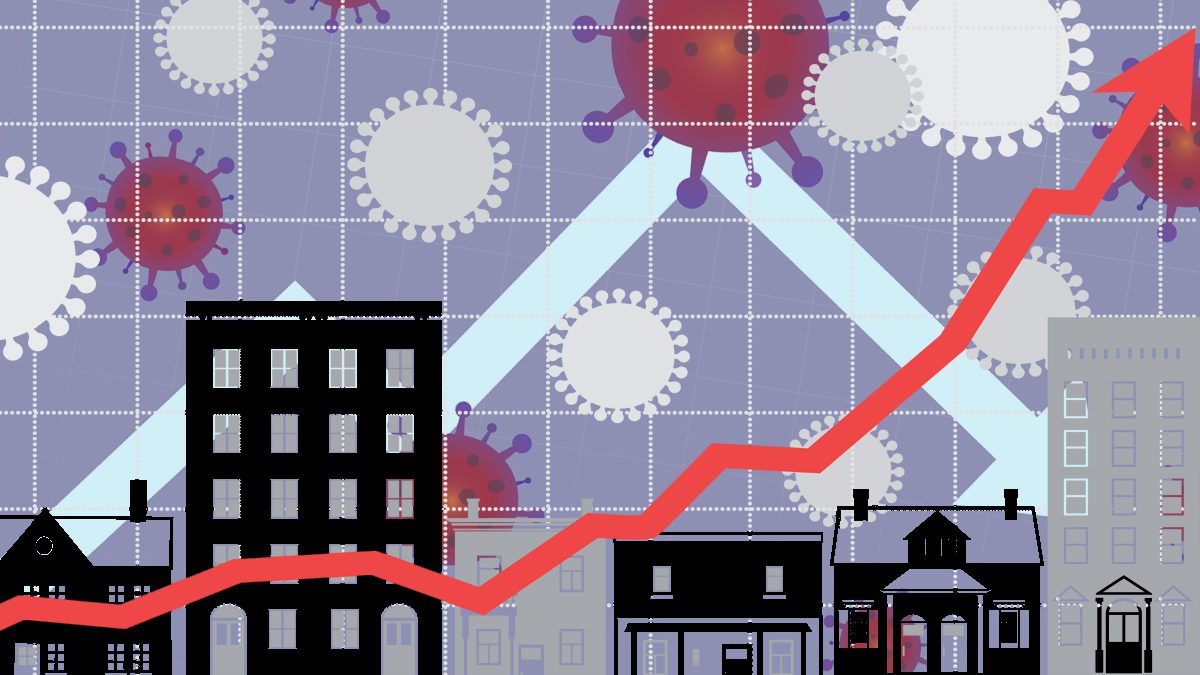 Today’s highly competitive housing market looks quite different from how it did before COVID-19 struck.

Over the past two years, as the pandemic raged, the number of homes for sale plunged by over 57%, leading prices to skyrocket 25% from December 2019 to December 2021, according to a recent Realtor.com® report.

Last month, the number of home listings dropped 26.8% compared with the same time a year earlier. This meant there were about 177,000 fewer homes listed in what’s already typically a slower month due to the holidays and colder weather which few folks want to trudge around in to view homes.

“We expect that we’ll start to see a turnaround and inventory will stabilize and start to go up a little bit in 2022,” says Realtor.com Chief Economist Danielle Hale. “But that means we’re looking at inventory levels of roughly half of what we saw before the pandemic. For buyers, the market is likely to continue to move fast. If you see a home you like, you want to jump on it right away.”

Sellers, many of whom were nervous about allowing strangers into their homes during a worldwide pandemic, listed 12.9% fewer homes compared with typical rates in 2017 through 2019, according to the report.

As a result of the real estate scarcity, prices surged to new heights.

Buyers rushed into the market to get larger homes as the pandemic wore on and take advantage of record-low mortgage rates, which fell below 3% for the first time as COVID-19 upended financial markets. Buyers also sought to secure residences before prices rose even higher.

The median home list price was $375,000 in December. While that’s down a little from a record-high $385,000 over the summer, when prices are traditionally higher, those prices were up 10% from December 2020. In the biggest metropolitan areas, such as New York, Los Angeles, and Washington, DC, prices ticked up by about 5.4% compared with last year.

“We do expect prices to begin to slow down, because people are beginning to hit the edge of what they can afford,” says Hale.

Homes also flew off the market at record pace as buyers put offers in the moment properties came up for sale, sometimes even sight unseen. The typical property spent just 54 days on the market in December, down 11 days from a year ago and 26 days from 2019. That’s a notable change as the winter months are typically the slowest time of year in the housing market.

“Homes are selling faster than they did at the fastest time of the year before the pandemic,” says Hale.

Despite the dearth of available real estate, there were a few markets that started to see more properties come online.

The Memphis metropolitan area saw the biggest boost of the 50 largest metro areas, with 22% more homes going up for sale in December compared with the previous year. It was followed by the Pittsburgh metro area, up 10.9%, and the Philadelphia metro area, up 10.8%. (Metros include the main city and surrounding towns, suburbs, and smaller urban areas.)

That doesn’t mean buying a home in these areas is an easy feat.

Says Hale: “The housing market is just moving at an entirely different pace that it is much faster than it was before.”

Did Adele Manage To Score the Stallone Mansion at a Deep Discount?