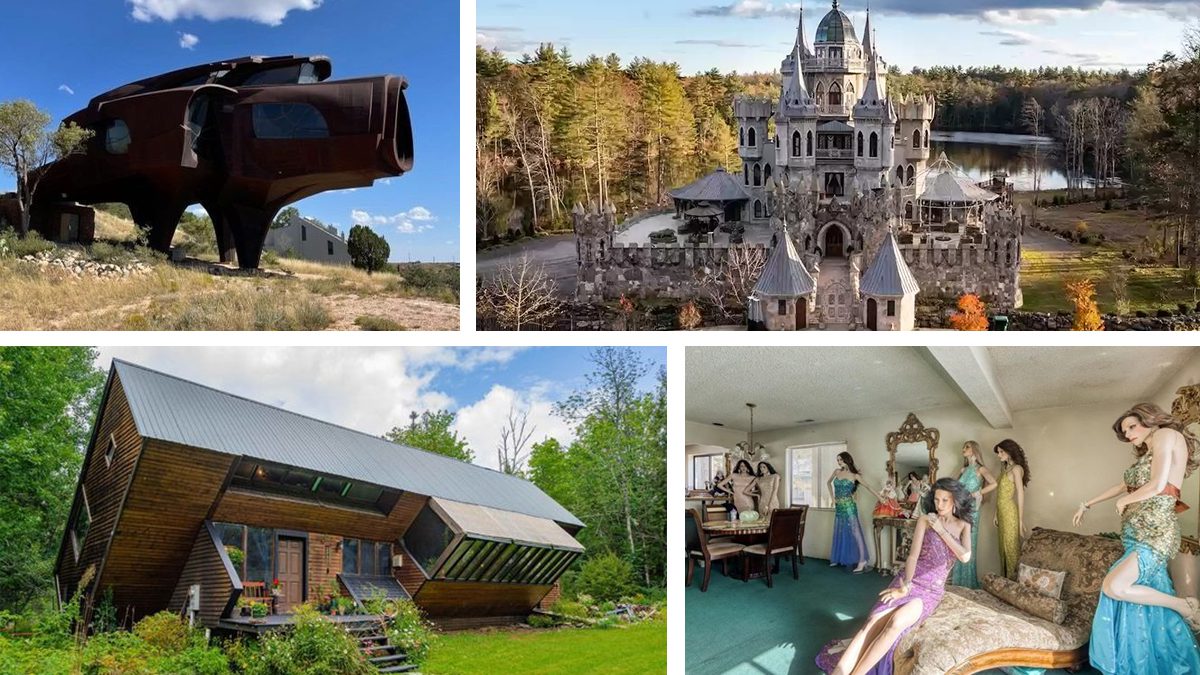 We’ve rounded up our nine favorite photos of the year and would love for you to join us on a pictorial journey. We weren’t the only gawkers on many of these real estate listings; they went viral and were shared all over the internet (whether that was the seller’s intent or not).

Whether it’s dead-eyed dolls or a creepy basement pool, there’s something for everyone. Have a look at the wildest and weirdest homes of this year.

Welcome to the doll house. An abandoned, trash-strewn home in Metairie, LA, was otherwise unremarkable and, quite frankly, in a sad state. But the vacant-looking dolls livened up the listing for this small three-bedroom abode.

Posed throughout the wreckage, they compelled folks to share the listing photos far and wide.

Thanks to a listing agent who leaned into the situation, the doll house gambit worked. It resulted in hundreds of thousands of clicks and a quick sale.

Here’s our slant: This off-kilter home is straight-up cool. If you’re tired of boxy tract homes, a tilted home in Marshfield, VT, might be just your style.

Built in the 1970s, this oddly angled abode has virtually no vertical exterior walls. From the exterior, the two-bedroom home looks as if it has landed on its side and might tip over at any moment. (It won’t.)

Inside, the wood paneling on the walls veers in all kinds of directions. The somewhat dizzying effect, along with the lack of traditional engineering, could have scared off buyers. Instead, when the tilted house landed on the market, it received five offers in just a few days, and eventually sold for more than the asking price.

Watch: We Triple-Dog-Dare You To Check Out the Iconic “Christmas Story” House

When you put your home on the market with all your stuff in it, you’d better be prepared to be judged.

And that’s what happened when a dated duplex was listed in South Lake Tahoe, CA. The photos, which displayed the owner’s extensive mannequin collection, caused a collective gasp of horror from the web.

The 2,100-square-foot home felt a bit claustrophobic, with wall-to-wall emerald green carpet, outdated decor, and clutter everywhere. As a showcase for the owner’s menagerie of gussied-up mannequins, bejeweled and decked out in evening gowns, it created a jarring spectacle.

The accidental sideshow grabbed attention online, apparently surprising both the listing agent and the owner. The home eventually sold as is. As for the mannequins, they apparently departed with the seller.

After an ousted tenant trashed a Colorado Springs, CO, home, the owner placed the vandalized space on the market.

No spin would work here: This place was a wreck. Photos of the five-bedroom home showed interior damage throughout.

The rooms had been defaced with spray paint on the walls, carpet, windows, and doors. Chunks of the walls had been knocked out. Even the kitchen appliances had not escaped unscathed. So, rather than sugarcoat the situation, the description spoke its truth and invited buyers to turn this “slice of hell” into a slice of heaven.

Well, brutal honesty served the listing well: Out of sheer curiosity to view the destruction, thousands of viewers were drawn to the listing, and the fixer sold in a month. It has since been transformed and been returned to the market fully made over, with a higher price tag.

35 feet below the Earth

In 2019, Nik Stroiney became the proud owner of a defunct missile silo outside Little Rock, AR. He launched a YouTube channel to document his work transforming the decommissioned site from a dirt-filled, underground curiosity into a usable space.

While some saw simple Cold War wreckage, Stroiney saw a future vacation home and event center. The complex is way, way underground—35 feet, to be specific, and behind 6,000-pound blast doors.

When he bought it, the bunker was filled with muddy water. Once cleared out, the former missile and launch control center will have around 5,000 square feet of usable space.

Stroiney’s silo isn’t as rare as you might think. Many of these decommissioned properties, which often include acres of land, were sold off after the Cold War.

Some silo sites are in private hands, and some are owned by local governments, and we’ve come across a few on the market. It was the first time we had talked to an owner, and the fascinating interview can be found here.

Walls of a former Arkansas jail

If the fortresslike stone exterior doesn’t give it away, the bars on the windows might: A former county jail in Arkansas landed on the market and hoped to lock up a buyer.

The two-story structure, built from locally sourced stone in 1914, is listed on the National Register of Historic Places. The first floor housed the jailer’s residence, and a separate entrance and staircase led to the cellblocks.

Reminders of its past are everywhere, complete with inmate graffiti and a large set of antique keys. It’s unclear if the property ever found a buyer.

In our experience, mansions are often marketed as “works of art.” But an actual sculpture? That’s how best to describe the iconic home in Ransom Canyon, TX.

Known as the “Steel House,” this labor of love was undertaken by the late builder Robert Bruno. He created the place by hand from an astonishing 150 tons of steel.

Bruno died in 2008 and never finished the project he started in 1974. The home, which looks like a creature set on four steel legs, still needs a few finishing touches.

The new owners quickly returned the steel house to the market to see if they could tempt a buyer. If not, they planned to fix it up and offer it as a short-term rental. If the amazing photos are any indication, plenty of curious vacationers will want to plan a stay.

Hear ye, hear ye! This Woodstock, CT, castle, built in 2010, returned to the market this year and enraptured a whole new audience of real estate gawkers. We can’t get enough of this mansion’s sheer majesty.

Elaborate from every angle, its design is inspired by European modelas—with hardwood shipped from around the world, stained glass, and even a cloud motif on the ceiling.

The listing initially came on the market back in 2014, for the staggering sum of $45 million. It was the most popular home that year.

Alas, all those clicks and shares have yet to lead to a sale of this picturesque palace.

A former grist mill from the 1860s came on the market in Bellefonte, PA, looking for a buyer willing to bring the place into the twenty-first century. While the milling equipment is gone, a spring still flows into an opening in the basement to create a “pool” of sorts.

While we do love a water feature, we’re not sure what kind of buyer would be ready to dive into this one. (And no, we don’t think the swan floaty is helping the cause.)

The mill, listed on the National Register of Historic Places, is still on the market. 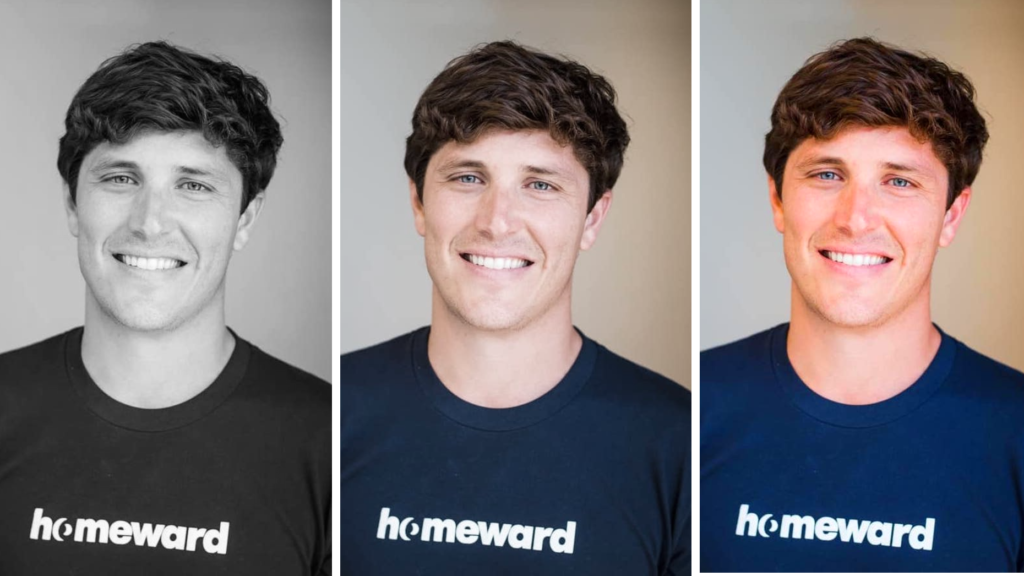 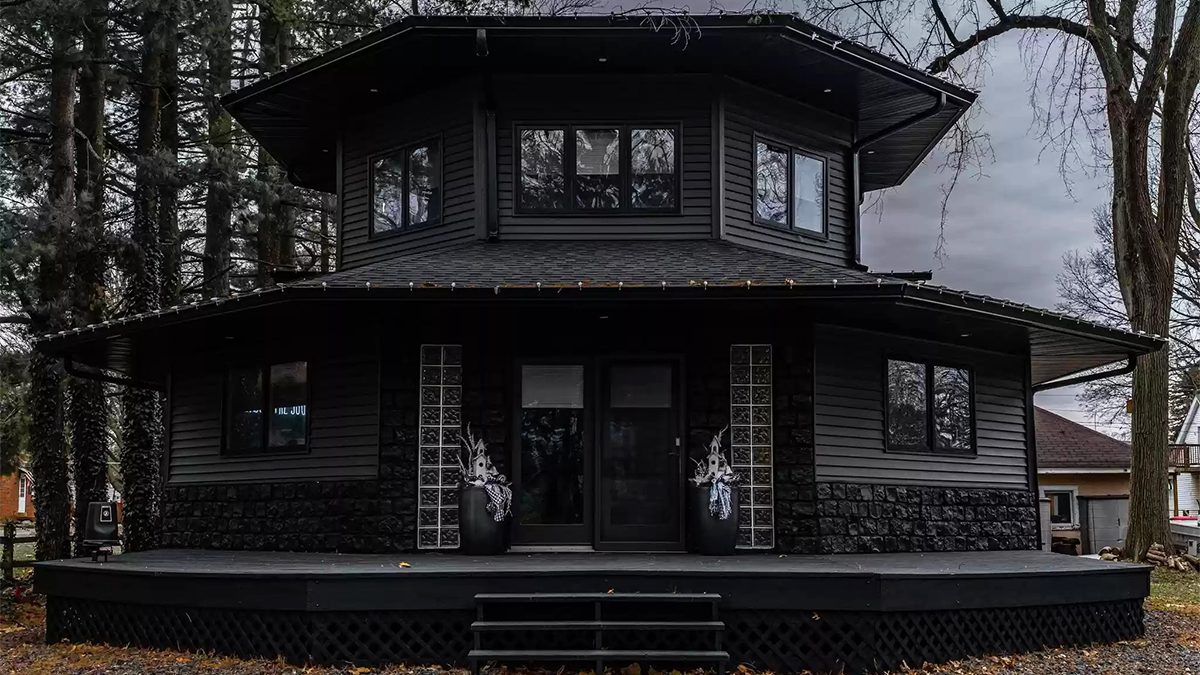