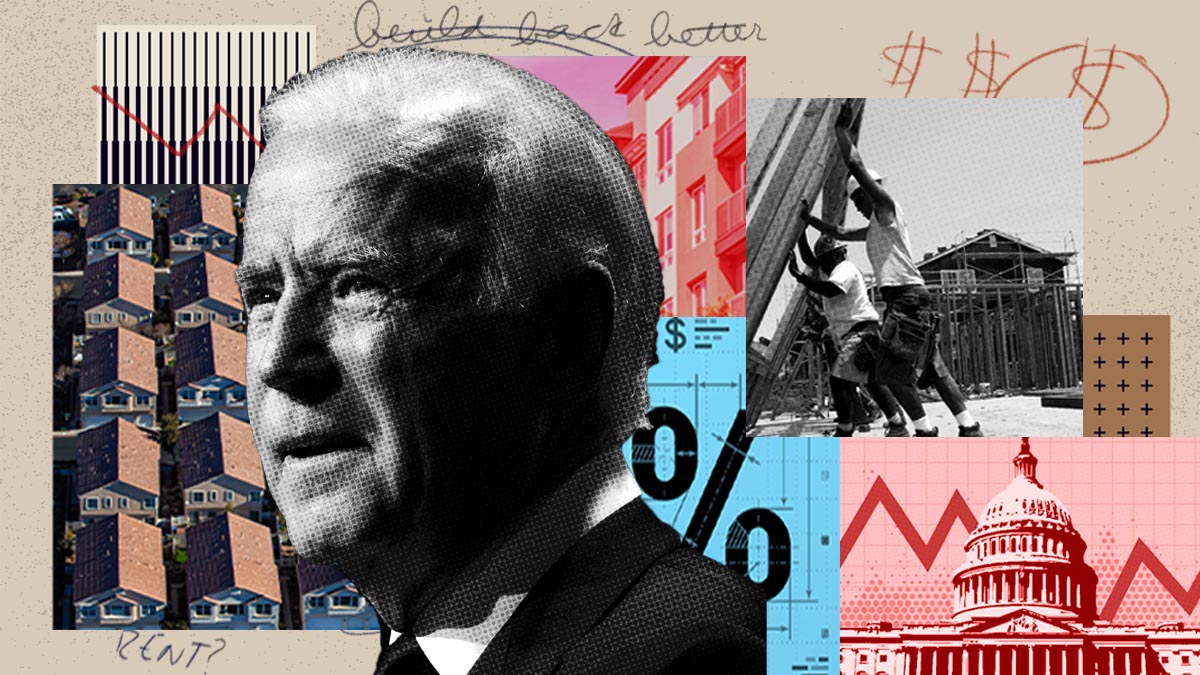 When Joe Biden took office, the housing market was top of mind as home prices hit mind-boggling highs due to the dearth of properties for sale. During the campaign, he ran on numerous initiatives that he said would help out homebuyers and increase the amount of available affordable housing.

One year later, with the COVID-19 pandemic continuing to rage and inflation soaring, has the president made good on his heady promises?

Most of Biden’s sweeping housing policies and campaign promises are tied up in his Build Back Better bill, which is struggling to make it through Congress. Home prices and mortgage rates have risen, rental prices are soaring, and the number of homes for sale continues to drop precipitously. However, he has made progress in fighting housing discrimination against people of color and the LGBTQ community and expanding credit to prospective, lower-income buyers.

“Housing has been more toward the top of his policy agenda than previous presidents,” says Mark Zandi, chief economist of Moody’s Analytics. “But at this time, his accomplishments are more administrative than legislative. The administration clearly wants to provide more funds to increase the supply of housing but has not been able to get that across the legislative finish line.”

The Build Back Better plan, which included money to build, rehabilitate, and improve more than 1 million affordable homes, provide financial assistance for struggling renters, and offer down payment assistance to homebuyers, stalled in December when Sen. Joe Manchin, a Democrat who represents West Virginia, refused to support it. The $1.75 trillion plan made it through the House but needs every Democrats’ vote to pass the Senate.

The president is hopeful that chunks of the Build Back Better plan can still become law, he told reporters on Wednesday.

Even if the plan passes and more money is allocated for affordable home construction, some real estate experts aren’t optimistic about its chances of real-world success.

“The federal government’s history of trying to add [housing] supply is peppered with failure,” says Ed Pinto, director of the housing center at the American Enterprise Institute, a right-leaning think tank. “The attempts the government has made in the past to add supply have been unsuccessful and created new problems.”

Without that additional housing, prices continue to rise. Median list prices were up nearly 10% annually, to reach $375,000 in December, according to the most recent Realtor.com® data. Rental prices rose even higher, shooting up 19.3%, in the nation’s 50 largest metropolitan areas in December compared with a year earlier. (Metros include the main city as well as surrounding towns, suburbs, and smaller urban areas.)

The number of properties for sale dropped almost 27% in December compared with a year ago, according to Realtor.com data.

Mortgage interest rates jumped nearly 80 basis points over the past year, to reach 3.56% for a 30-year fixed-rate loan in the week ending Jan. 20, 2022, according to Freddie Mac. Rates are typically affected more by U.S. Federal Reserve policy than the president’s administration.

Many of Biden’s biggest promises haven’t been fulfilled, yet

On the campaign trail, Biden promised first-time homebuyers a tax credit of up to $15,000 to help offset high prices in the housing market. This became the First-Time Homebuyer Act introduced in Congress in April, which would provide lower- and middle-income homebuyers a credit of up to 10% of the purchase price of the home, capped at $15,000. If they don’t stay in their home for five years, they would have to repay some of that money.

Lawmakers also introduced the Downpayment Toward Equity Act of 2021, which would provide lower-income buyers $25,000 to use toward the purchase of their first home. Buyers would have to prove they were first-generation homebuyers, their families had lost a home to foreclosure, or they had been in foster care, among other requirements to qualify for the program.

Neither bill has made it through Congress yet.

However, the credits designed to help homebuyers may actually wind up hurting them. It could entice even more folks into the market at a time when the supply of housing is around historic lows and there isn’t much coming up for sale.

Another idea touted by the president during his campaign was creating a public credit agency that could help more buyers qualify for mortgages. Instead of relying on traditional ways of evaluating credit, the agency would also look at on-time rental, utility, and cellphone bill payments in addition to monthly car and credit card payments.

While the agency was discussed during a congressional hearing in June, it has yet to come to fruition. However, Fannie Mae now includes rental payments in its underwriting so that lenders can look at that when deciding whether to give mortgages to applicants.

“That is an effort to promote homeownership for groups that have very low homeownership rates, such as families of color and lower-income households,” says Moody’s Zandi. “Homeownership is the principal pathway of building wealth.”

What Biden has accomplished in housing in his first year

The president isn’t without some important housing wins.

“From a fair housing civil rights standpoint, he has left the block like a sprinter, reinstituting important civil rights protections,” says Morgan Williams, general counsel at the National Fair Housing Alliance. “We’re really pleased with the aggressive steps that this administration has taken to reinstitute the fair housing protections that are critical in the housing market.”

At the start of his presidency, Biden banned most housing discrimination against members of the lesbian, gay, bisexual, transgender, and queer community at the federal level. This made it illegal for landlords, real estate agents, mortgage lenders, and even home sellers to refuse housing or services to the LGBTQ community.

This was significant as previously only 23 states, Washington, DC, and a smattering of cities had fair housing protections based on sexual orientation.

Only 21 states had banned discrimination against those who identified as transgender. However, Biden effectively ensured sexual orientation and gender identity are now covered under fair housing protections.

It “sends a clear message to the housing markets that this discrimination won’t be tolerated,” says Williams.

Biden also put the teeth back into a fair housing initiative rule aimed at encouraging communities to allow more affordable housing, such as smaller single-family homes as well as apartment and condo construction, to go up.

The Affirmatively Furthering Fair Housing regulation required places receiving federal housing money to assess and then address local housing discrimination. Many wealthier towns and suburbs had fought putting up new housing that would alleviate some of this discrimination as they believed it could lead to lower property values. The previous administration under Donald Trump had gutted the regulation.

Biden also created a task force to look at discrimination in the home appraisal process, which many homeowners and real estate experts claim is biased.

In addition, the president’s extension of mortgage forbearance followed by having lenders provide struggling homeowners with options to help them hold on to their homes when they began making payments again also likely helped to prevent more foreclosures, says Alex Thomas, a senior research analyst at John Burns Real Estate Consulting. However, as those homes never went up for sale, it kept the housing supply lower and helped keep prices high.

So has Biden built the housing market back better?

“It’s still very much in progress,” says Moody’s Zandi. “The big game-changing housing policy moves are still tied up in the legislative process.” 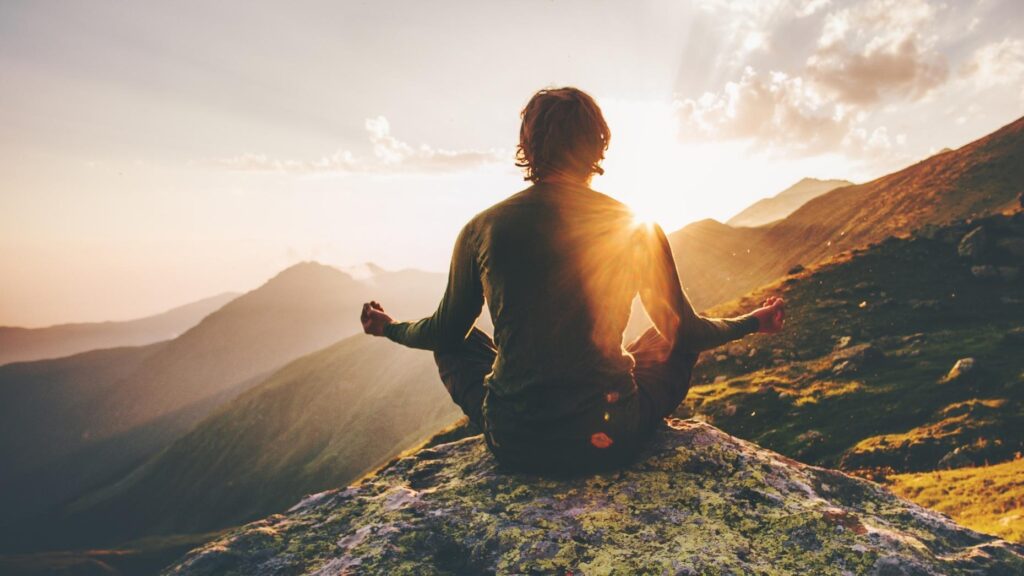