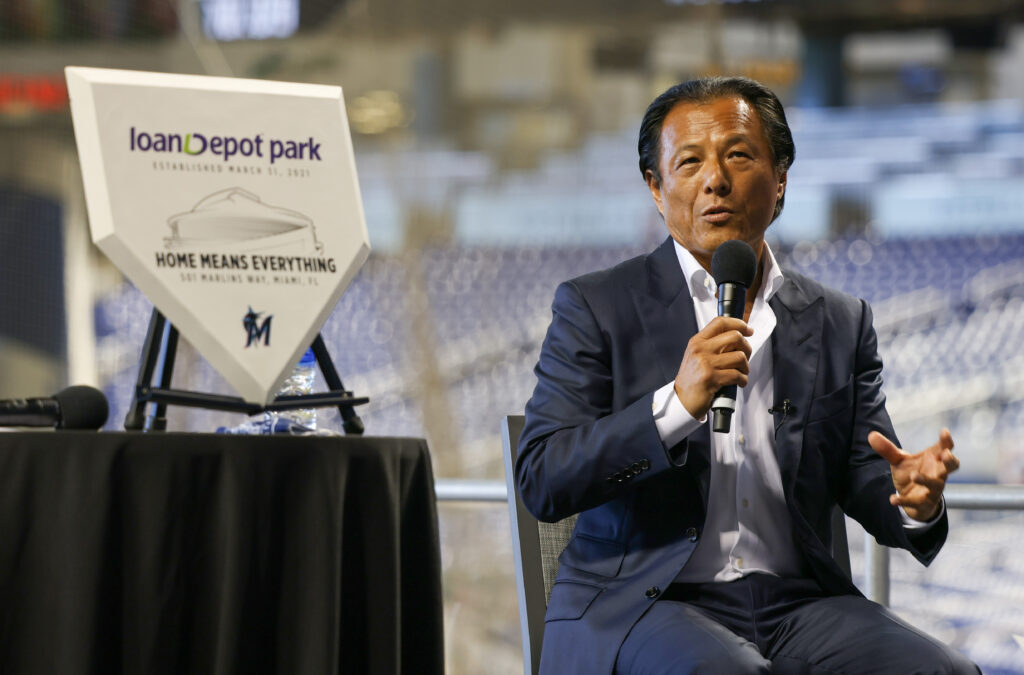 Shares in LoanDepot tumbled Tuesday after the company surprised investors by announcing that it does not expect to turn a profit this year and will lay off workers and suspend its quarterly dividend after posting a $91.3 million first quarter loss as it originated fewer — and less profitable — mortgages.

At $21.55 billion, LoanDepot’s first quarter loan originations were down 26 percent from the previous quarter and 48 percent from a year ago, when the mortgage refinancing boom helped the company originate $41.48 billion in loans.

With less profitable purchase loans now accounting for a bigger chunk of LoanDepot’s originations — 37 percent, versus 19 percent a year ago — profit margins were also down.

During the first quarter, gain-on-sale margin — the profit LoanDepot makes when it originates loans and sells them to investors — dropped to 1.96 percent. That compares to 2.98 percent gain-on-sale margin a year ago, when refinancings accounted for more than 80 percent of LoanDepot’s originations.

On a call with investment analysts, LoanDepot CFO Patrick Flanagan said the company expects loan originations and profit margins will continue to fall, with second quarter origination volume expected to come in between $13 billion and $18 billion, and gain-on-sale margin at between 1.60 percent and 2.10 percent.

Flanagan said LoanDepot slashed first quarter expenses by $88 million, with some of the 13 percent reduction from the previous quarter coming from lower marketing expenses.

“We are aggressively managing our cost structure to return to profitability by the end of the year,” Flanagan said. “We expect to achieve this goal by further reducing marketing expenses and personnel expenses through the addition of headcount reductions. Despite these further expense reductions, given our expectation for decreasing market volumes and the competitive pressures on margins, we do not expect to be profitable for the fiscal year ending 2022.”

Investment analysts had expected the Foothill Ranch, California-based lender to report first quarter earnings of $0.03 per share on $585.6 million in revenue, according to an average of estimates by nine analysts tracked by Yahoo Finance.

Instead, LoanDepot delivered a big surprise to the downside — a loss of $0.25 per share as revenue slid to $503.3 million, down 29 percent from the previous quarter, and 62 percent from a year ago, when the company racked up $1.32 billion in profits.

Although LoanDepot executives say they continue to see the end of the the refi boom as an opportunity to grow market share, shares in LoanDepot fell 26 percent Tuesday to touch a new 52-week low of $2, before recovering some of those losses as executives outlined cost-cutting measures they intend to make. In the last year, shares in LoanDepot have traded for as much as $16.95.

“Results from the first quarter reflect an environment that may turn out to be one of the most challenging that our industry has ever experienced,” LoanDepot founder and Executive Chairman Anthony Hsieh said on a call with investment analysts. “The increase in mortgage rates during the quarter happened much more quickly and sharply than anyone anticipated when the quarter began and resulted in significant and rapid decreases in profit margins.”

Hsieh said LoanDepot has pivoted “to generate more purchase loan volume and are adding new products and services to meet the financial needs of our customers in today’s market. Intense competition, lower volumes and decreasing profit margins are putting pressure on the entire industry, which I believe creates long-term opportunities for LoanDepot to outperform less efficient and less diversified competitors.”

For now, however, LoanDepot says its market share actually decreased to 3.1 percent during the first quarter “due to the intense competitive pressure from decreasing origination volume.” For 2021 as a whole, the company estimates that the $137 billion in loans it originated gave it a 3.4 percent share of the overall market.

On April 26, Hsieh announced he was handing over the CEO reins to former CoreLogic CEO Frank Martell, who is now overseeing daily operations with Hsieh taking on a “holistic strategic role” as executive chairman. 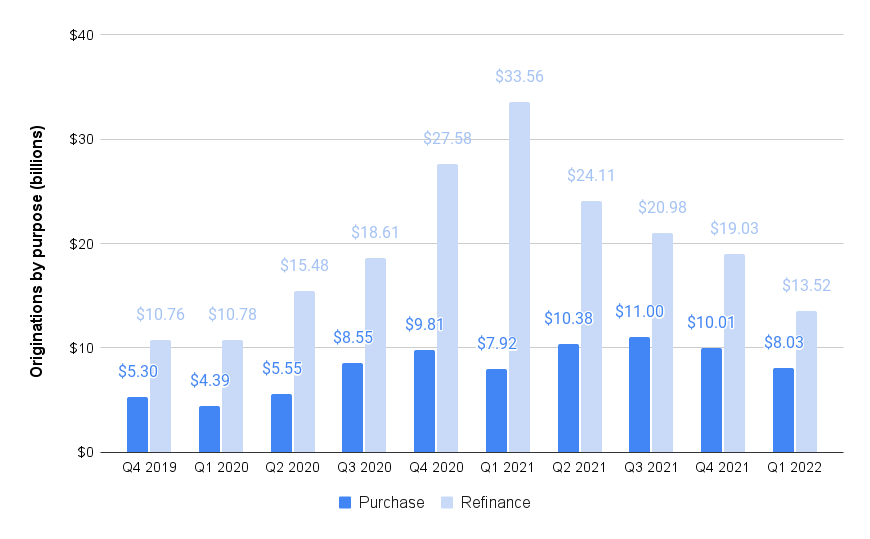 LoanDepot had the best quarter in company history during the first three months of 2021, when record low mortgage rates drove $33.56 billion in refinancings. Refinancing volume during the first quarter of 2022 was down 60 percent from a year ago, to $13.52 billion.

Although purchase loans now account for more than one-third of total origination volume, LoanDepot’s $8.03 billion in first quarter 2022 purchase loan originations were down 27 percent from a third quarter 2021 peak of $11 billion.

To cash in on the opportunity to help homeowners cash out home equity, on May 3 LoanDepot announced that its mello business unit plans to launch an “all-digital mello HELOC” (home equity line of credit) during the third quarter of 2022.

The mello HELOC will be the first in “a series of innovative, digital-first, secured and unsecured lending products designed to help consumers easily and conveniently access their funds in as little as seven days,” the company said. 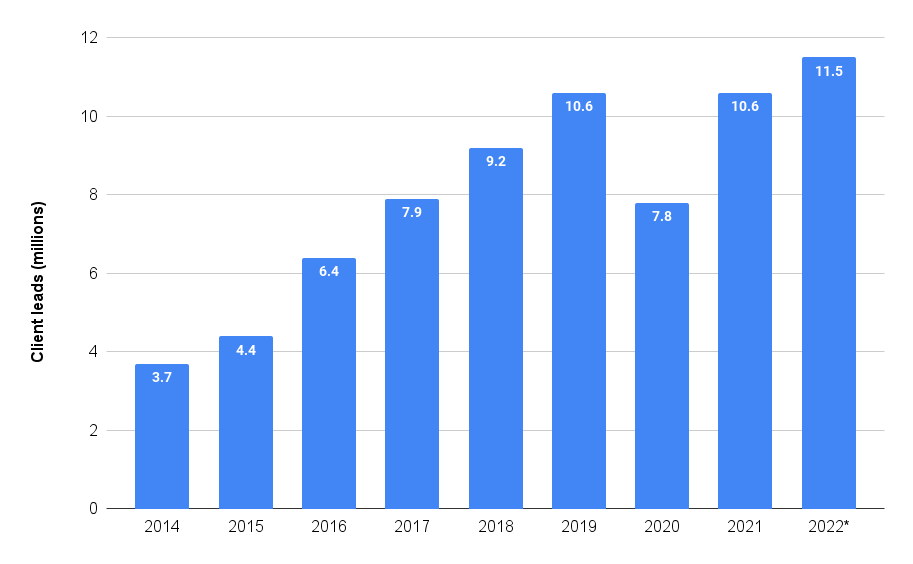 The company appointed Zeenat Sidi, a veteran of SoFi, Capital One and RBC, as president and COO of the new operating unit, which is also tasked with running the company’s customer contact center and a performance marketing engine that distributes more than 10 million leads a year. 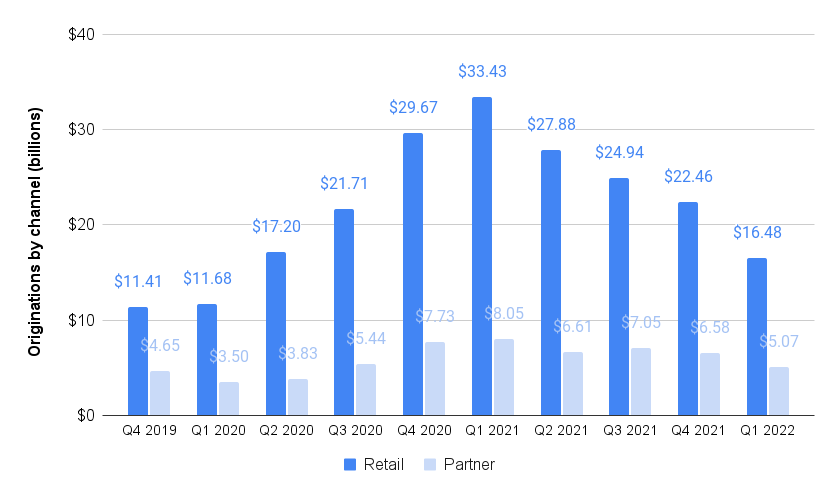 While LoanDepot makes most of its loans directly to consumers through its retail channel, the company has been working to build its purchase loan business through its partner channel. The partner channel includes joint ventures with homebuilders, referral relationships and LoanDepot Wholesale, which serves mortgage brokers and correspondent lenders. 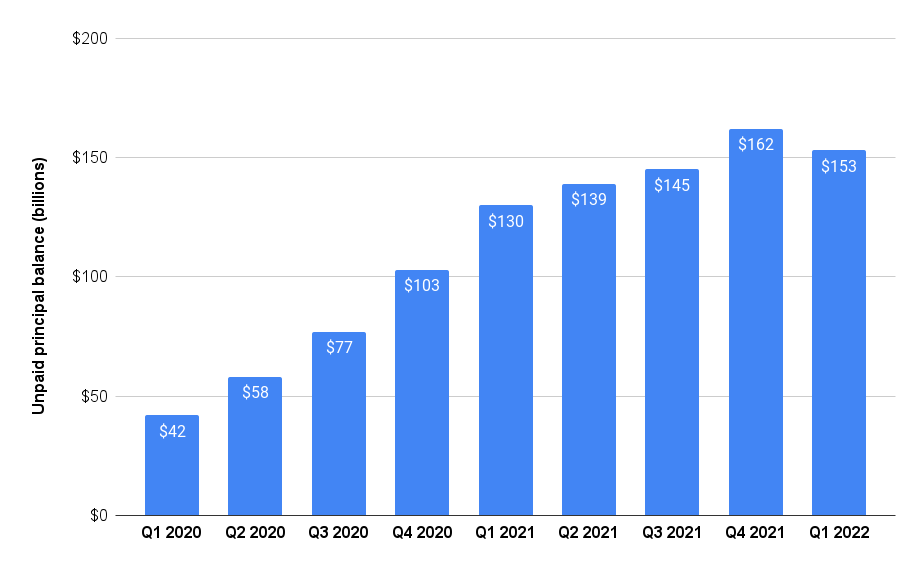 One strategy LoanDepot has touted as a hedge against rising interest rates is its growing loan servicing portfolio. Flanagan said LoanDepot now services 67 percent of its portfolio in-house, up from 44 percent at the end of 2021. But the unpaid principal balance of LoanDepot’s servicing portfolio declined to $153 billion because the company sold $24 billion in loans out of the portfolio, he said.